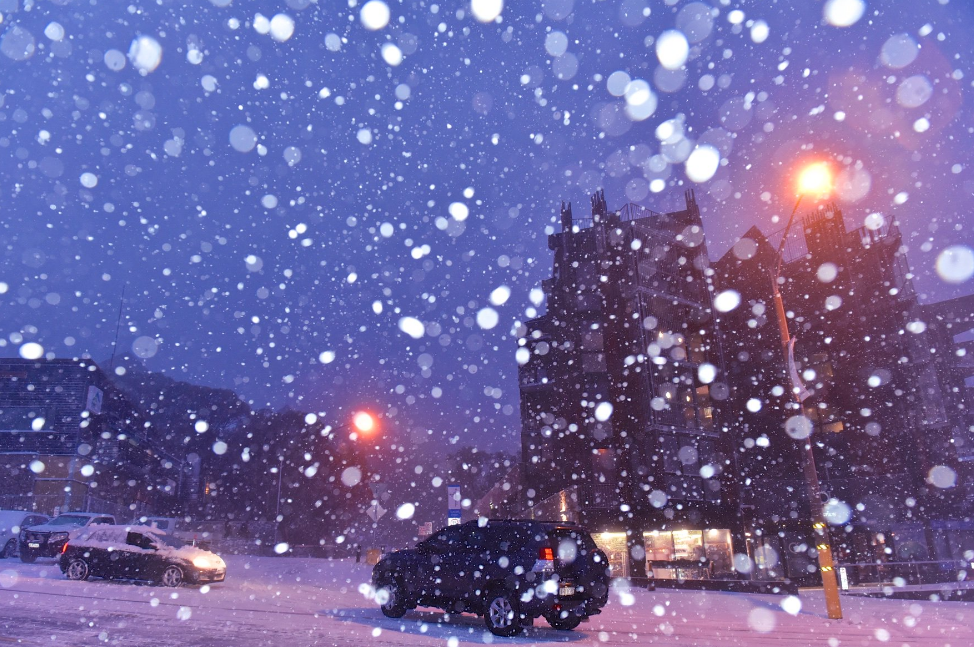 South Australia were the first to feel the chilling conditions on Wednesday night, before spreading to Victoria, New South Wales and Tasmania today.

• Dory’s popularity is putting her in danger
• ‘Thank you Eddie’: sexism debate welcomed
• Tony Windsor triggers fury with a cup of tea

Victoria is expecting to be hit the hardest with a low of 7C and rain almost certain to fall, along with a chance of thunderstorms and hail in the afternoon.

The recent reprieve of warmth ends as Melbournians wake up to a biting breeze, after the Bureau of Meteorology issued a severe weather warning for potentially damaging winds around 50 to 60 km/h, peaking at 100 km/h on Thursday.

Back to winter tomorrow #Melbourne, cold & windy https://t.co/SNEhci3iKT… and you’ll need one of these pic.twitter.com/x8nB0FoUUQ

Temperature throughout Sydney will forgive the morning frost with a high of 17C and no rain expected.

There is also a chance of snow falling as low as 800m across the two states, according to BoM.

Between 20cm and 30cm of snow is possible for the Alpine areas.

Meanwhile, Tasmania will struggle to reach its top of 13C and a forecast of multiple showers in the evening before temperatures drop to 6C on Thursday night.

The gloomy conditions are suspected to subside by the weekend, with Victoria, (15C) New South Wales (19C) and Tasmania (15C) warming up for the Federal Election on Saturday.