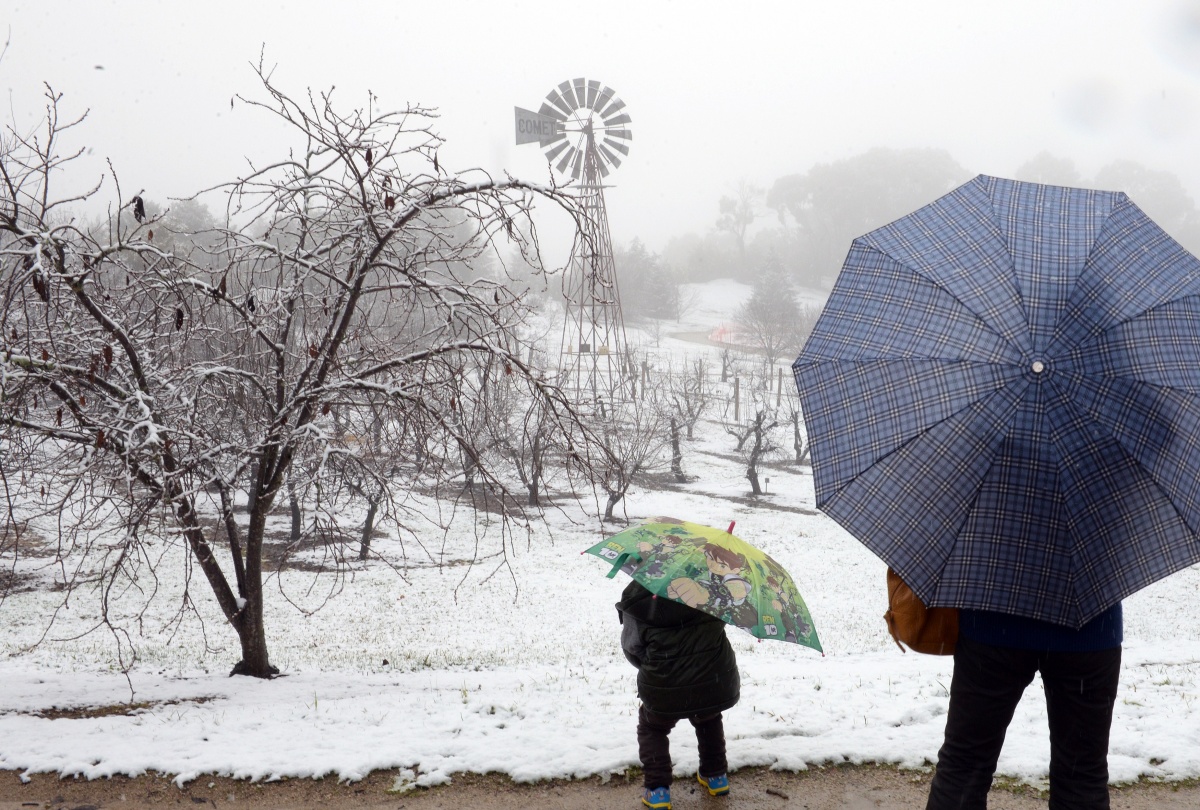 A series of sweeping cold fronts are set to deliver hail and snow as far north as Queensland as Australia truly settles into winter this week.

The Bureau of Meteorology is forecasting freezing conditions to move into South Australia on Thursday before sweeping across Victoria, Tasmania, the ACT and NSW by Friday.

According to the BoM, the cold fronts will bring heavy snow to alpine regions in Victoria and New South Wales, and even potentially in southern Queensland on Friday morning.

Adding to the “arctic blast” is the news we might be headed towards a ‘La Niña’ weather event, which would mean a very wet second half of 2016.

The State Emergency Service (SES) said it had been advised by the Bureau of Meteorology that a “vigorous front” was expected to pass across South Australia from the west and reach Adelaide on Thursday afternoon.

The front will coincide with forecast high tides at Port Adelaide on Thursday evening.

SES state duty officer Robert Charlton said the combination of rain and high tide could increase the risk of minor flooding around the Port Adelaide and Birkenhead areas.

“As a result, the SES has pre-positioned 3,000 sandbags for use by local residents at risk of flooding,” Mr Charlton said.

There will also be a chance of snow on the higher slopes of the Mount Lofty Ranges on Friday morning, while a southerly breeze is expected to send the deep freeze to the south-east.

Adelaide will reach just 14C on Friday and isn’t predicted to go any higher than 15C until next Tuesday at the earliest.

The chilly conditions will bring hail and snow to much of Victoria, with the alpine region receiving the heaviest dump. Friday morning will see the state hit with the cold snap and widespread hail, while snow is forecast to fall at heights of 700m across Victoria, with the possibility of sleet edging very close to the outskirts of Melbourne.

Ski resorts could see as much as 60 centimetres of snow, making up for a slow start to ski season so far until snow fortunately began to fall in the early hours of Tuesday morning.

New South Wales and the ACT

Areas across the border, New South Wales and the Australian Capital Territory are expecting to see the worst of the cold, with snow and sleet predicted to fall above 800m and a sharp drop in temperature for normally-spoiled Sydneysiders.

The snap will most affect elevated and inland areas of NSW, with snow forecast for Katoomba, in the Blue Mountains west of Sydney, Lithgow, Orange, Bathurst and Glen Innes.

Canberra is preparing for a top of 11C on Friday, while Sydney will experience a drastic thermometer drop to a temperature 15C that will feel more like 10C.

Further north, the Granite Belt in southern Queensland also has a chance of snow late on Friday.

Tasmanians, many of whom are still recovering form the devastating floods of two weeks ago, will experience wind gusts strong enough to knock branches from trees and cause power blackouts.

Up to 30mm of rain is expected to fall in the north, with the bulk directed to the Western Tiers and north east highlands.

The SES has assured the worst-hit areas a fortnight ago, such as Latrobe, Newstead and Merseylea, should not expect another major inundation.

“What we’re most likely to see is a bit of flooding on roads,” he said.

“So stay home if they can and take all necessary precautions.”

The BoM reported there was still a chance we are heading towards a La Niña climate pattern, associated with “higher than usual winter and spring rainfall over northern, central and eastern Australia, and cooler than normal daytime temperatures south of the tropics”.

“Recent observations and climate model forecasts continue to suggest La Niña may develop in the coming months,” according to the BoM, which predicted there was a 50 per cent chance we are heading towards a wet end of 2016.

-with Rose Donohoe and James Ried

The Antarctic blast about to freeze the nation