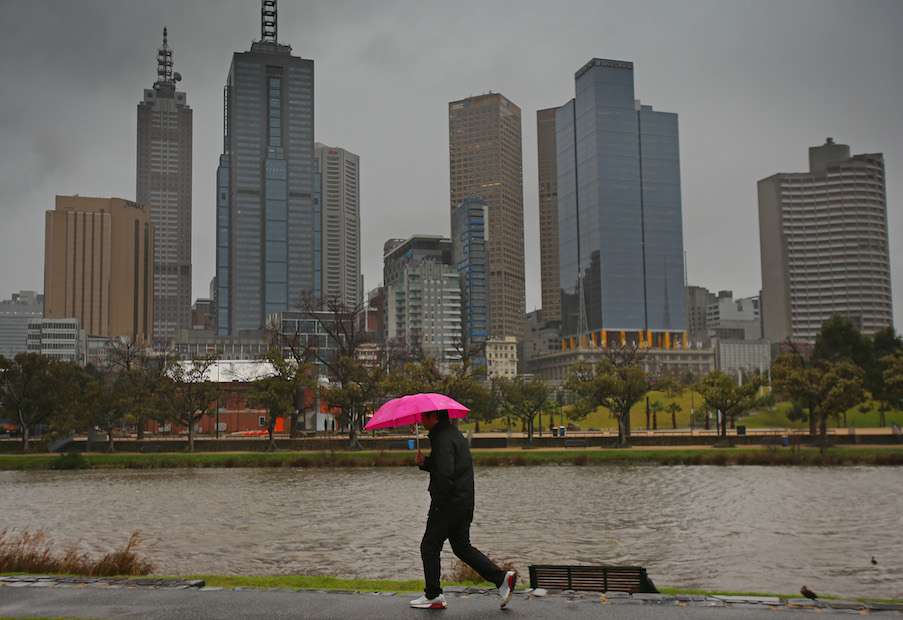 The State Emergency Service is responding to 120 calls for help as severe storms and strong winds affect Victoria.

Severe thunderstorms are rolling across northern Victoria but high winds have cut a swathe through Melbourne’s south-east.

The State Emergency Service had responded two 120 assistance calls for storm damage to homes around Victoria since noon on Sunday, with 80 calls in the Frankston, Chelsea, Dandenong and Sorrento areas of Melbourne.

Most of the calls related to minor roof damages, water leaks through ceilings and downed trees, an SES spokeswoman said.

Peak gusts above 60km/h occurred in Frankston and Moorabbin, in Melbourne’s southeast, on Sunday afternoon.

A severe thunderstorm warning is still in effect for much of northern and northwestern Victoria, with heavy rain, large hail and damaging winds forecast.

The warning area affects the Mallee, Northern Country, Wimmera and North Central forecast districts but have now been lifted from parts of the South West, North East and Central regions.

The highest wind gust in Victoria so far on Sunday was 80km/h about 5pm, but gusts above 50km/h were common in the north.

Graytown, southeast of Bendigo, recorded 60mm of rain during a thunderstorm, while 46.2mm fell at the Campaspe Weir in Elmore, northeast of the goldfields city.

Mildura received 20mm of rain in 40 minutes from 4.50pm as a storm struck.