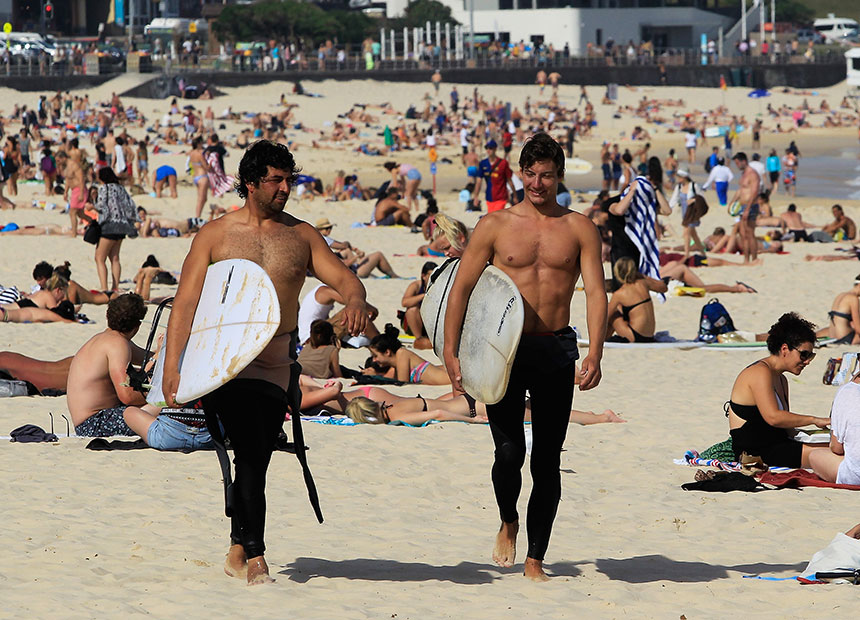 chucking a sickie at the beach

Australia has had its hottest spring and second hottest November on record.

Bureau of Meteorology climate monitoring manager Karl Braganza says 2014 has had the latest in a long line of hot springs in the past decade.

“Really, it was only 2010 that had a cool spring in the past 10 years or so. Nine out of the warmest springs on record have occurred since 2002,” Dr Braganza said.

Australia’s average seasonal temperature is derived by averaging the temperature data from weather stations, where records go back to 1910.

The figure is then compared with the long-term average temperature, which measures the period from 1961 to 1990.

“That departure, averaged over a whole three-month period, is actually really large. That means it was, on average, over 1.5C warmer, and that’s the largest seasonal departure that we’ve ever recorded,” he said.

Heatwaves in NSW and Queensland were major factors in the result, Dr Braganza said.

The bureau is still finalising its figures, but he said mean temperatures in November were the second hottest on record.

“This is similar to what we’ve seen in the past couple of years, when these high summer temperatures started to get going late in spring or early in December, which is about a month earlier than typical,” Dr Braganza said.

Low rainfall was linked to warmer-than-average temperatures in Australia and around the world, he said.

“Rainfall on the soil acts like an evaporative cooler over the continent,” Dr Braganza said.

“Drought has been quite persistent in Queensland, stretching over the border to South Australia and NSW, and now in western Victoria and southeastern SA and western Victoria, you’ve got re-emerging drought conditions as well.

“So, when you look at that, you’re not so surprised that you’ll get record temperatures for spring as well.”