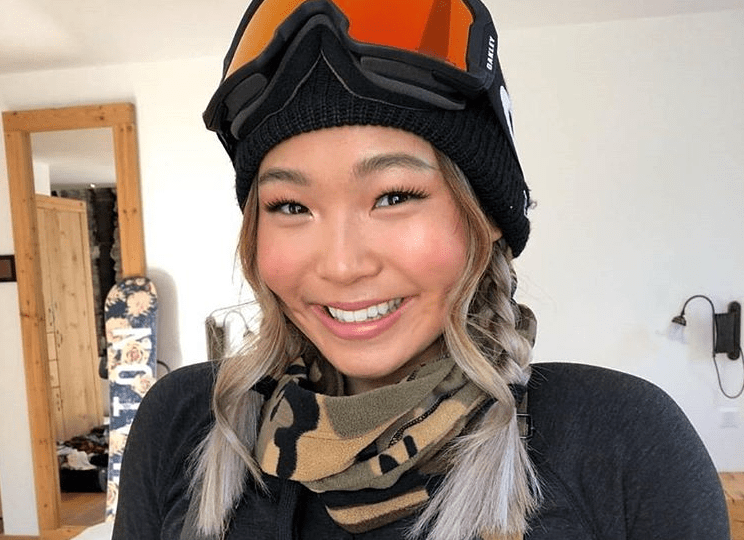 Chloe Kim, a 17-year-old snowboarder for USA, has already been the centre of some negative attention over her appearance. Photo: Instagram

Is it just us, or are Winter Olympians way cooler (pun intended) than their summer counterparts?

This year’s Games in Pyeongchang seem to have a disproportionate number of bright young things, with impressive social media presences, style and personalities to match their incredible physical abilities.

Here are the most intriguing people tearing up the slopes and slicing up the rinks of the South Korean city.

Seventeen-year-old snowboarder Chloe Kim is used to attention, but she made headlines in the first week of the Games when she was the recipient of some unwanted scrutiny.

US radio host Patrick Connor made lewd comments about the teenager’s looks during a broadcast, joking he was “counting down” until her 18th birthday.

“She’s fine as hell!” Connor said. “If she was 18, you wouldn’t be ashamed to say that she’s a little hot piece of arse. And she is. She is adorable. I’m a huge Chloe Kim fan.”

Thankfully, he was fired just days later, allowing Kim to focus on what she does best: winning gold in the women’s halfpipe. She refused to cry after the big moment because she said she didn’t want to ruin her eyeliner. 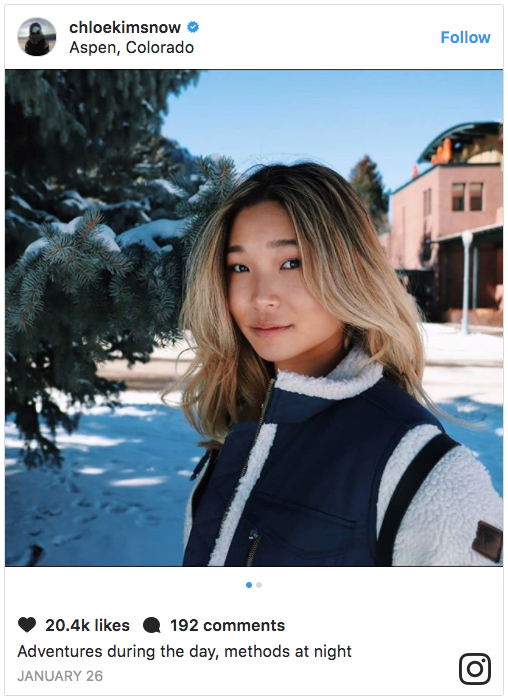 If the female Nigerian bobsled team weren’t already the coolest girls on earth after becoming the first athletes from Africa to qualify for the bobsled competition, 25-year-old Omeoga cemented their cool factor by twerking on The Ellen Show.

Based in Houston, Texas, but representing the country her parents are from, Omeoga is hard to miss with her aquamarine hair, but it’s her personality – and the personalities of her vivacious teammates – that makes her a true standout. Hilarious on Instagram and in real life, openly gay 28-year-old Adam Rippon has worn his heart on his sleeve this Games, speaking candidly about his struggles with an eating disorder and getting into a Twitter feud with Donald Trump Jr.

On the ice, Rippon is energetic, confident and hilarious.

“You’re 28 years old, skating the best you ever have in your life. How do you explain that to people?” NBC host Andrea Joyce asked Rippon.

“I can’t explain witchcraft,” was his sassy response. 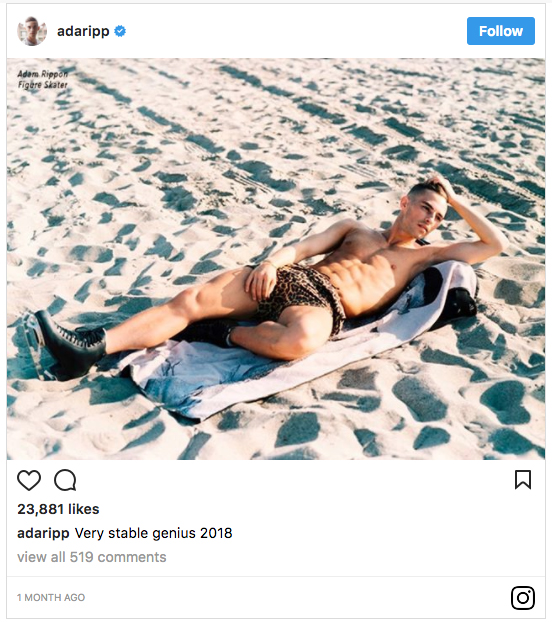 This 26-year-old is a multi-talented young woman. In addition to being the 2017 Snowboard World Champion, Gasser travels the world doing other extreme sports, models for magazine covers and has an affinity for acroyoga – yoga combined with acrobatics.

Did we mention she can snowboard? Standing just 165cm, the Austrian topped the qualifying round for the Big Air event at this Olympics and was the only rider to land a cab double cork 1080. Whatever that means. 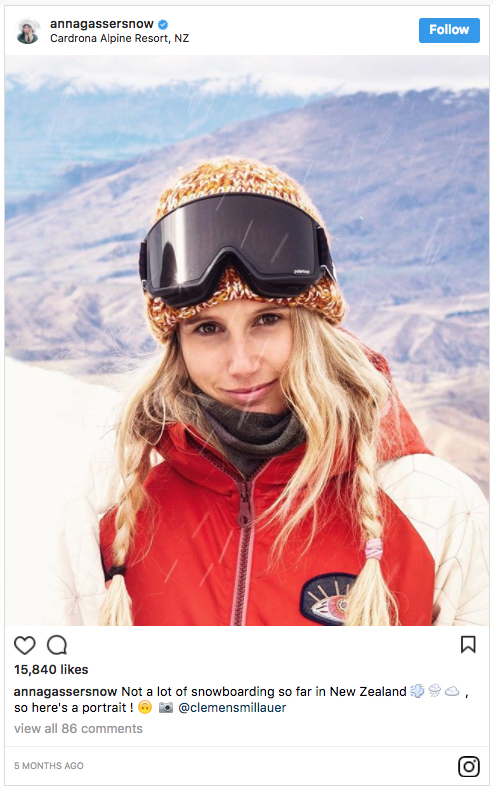 Unlike many other ice dancing partners, the on-ice chemistry and romance you see between 25-year-old Madison Chock and 28-year-old Evan Bates is real – they’re a couple off the ice too.

They began competing together in 2011 but only struck up a romance in 2016, with Bates telling People magazine they “fell in love on the ice”.

“We have this amazing life together where we get to travel the world and do what we love,” he said. 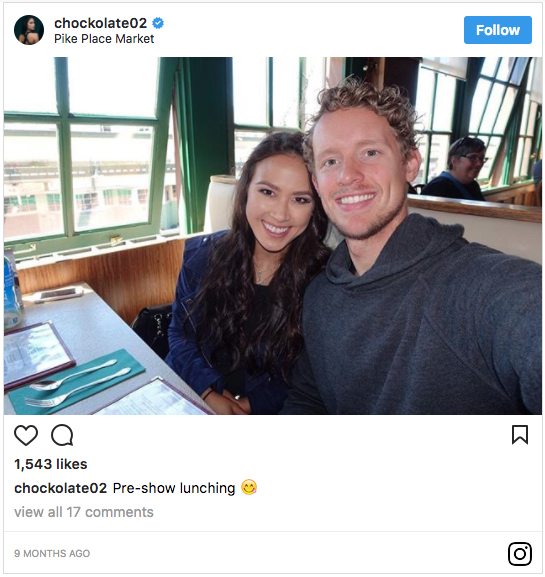 A self-described “blonde bogan”, 18-year-old Arthur has won hearts with her lighthearted attitude at this year’s Games, and won fans for her post-event dance moves.

“We just let the music flow through our body and just whatever happens, happens,” she told Channel Seven of her and her teammates’ boogie style.

While she couldn’t claim a medal in the halfpipe event, she still had a blast, posting to Instagram: “Olympics is gr8, beyond happy to be here.” 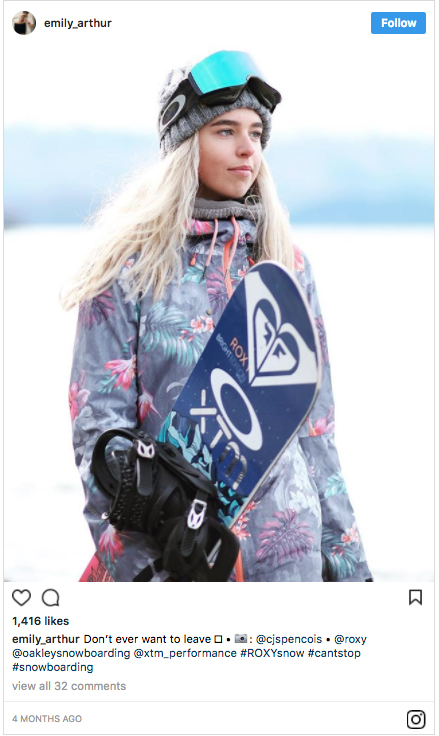 Anastasia Bryzgalova was the overnight sensation of this year’s Games when her appearance in the curling mixed doubles won her some not-so-secret admirers.

The 25-year-old wasn’t exactly thrilled with all the attention focused her looks, telling The Sun: “Medals are not given for beauty.”

Bryzgalova is happily married to her curling partner Alexander Krushelnitchkii and the pair claimed a bronze medal in Pyeongchang.

But the duo may now be at the centre of a different kind of scrutiny after it was reported Krushelnitchkii failed a preliminary control test for drugs. The result has not yet been confirmed and the pair await the results of a secondary test to see if they could be stripped of their medal. 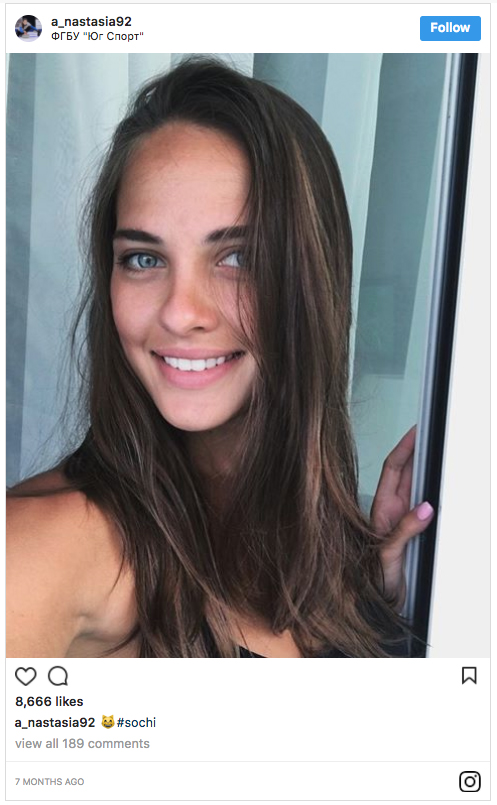 A seven-time world champion, Gus Kentworthy also boasts nearly 800,000 Instagram followers. Along with his good friend Adam Rippon, Kentworthy made headlines at the start of the Games for being one of the few openly gay male competitors.

And then there was that kiss – Kentworthy’s liplock with his boyfriend at the bottom of the slope after the slopestyle final immediately went viral because of its touching and tender display of LGBTIQ pride on a global platform. 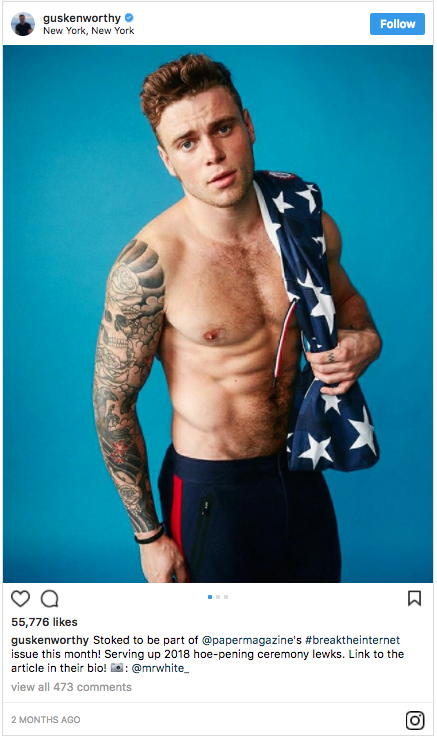 He’s only 22, but Pyeongchang is Kent Callister’s second Olympic appearance. He competed at Sochi as an 18-year-old and stunned everyone by placing ninth out of 39 in the men’s halfpipe.

Raised on the Gold Coast but now based in the US, Callister will always have a connection to Australia –  his great-grandfather’s second cousin, Cyril Callister, invented Vegemite. 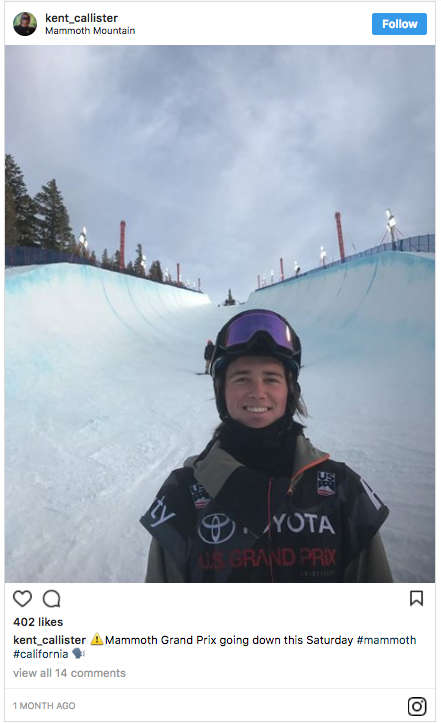