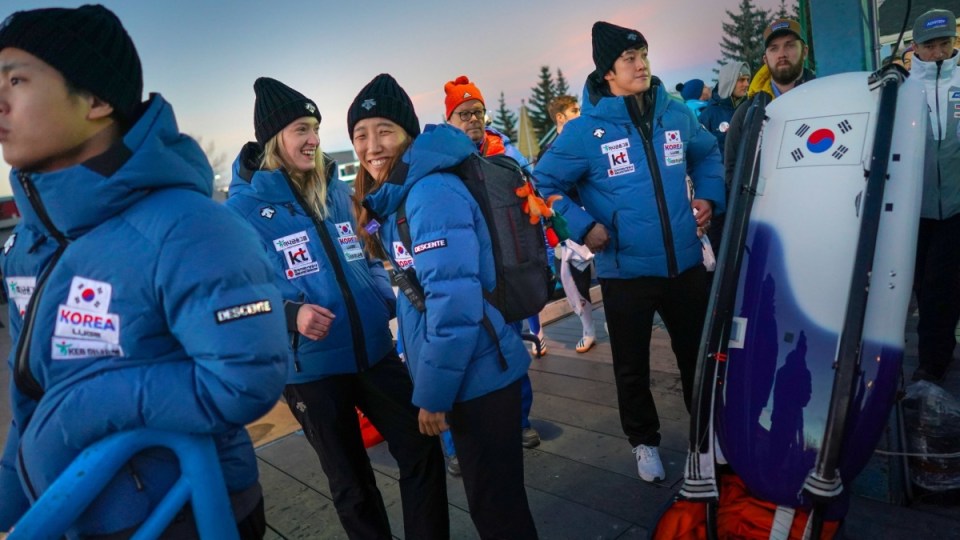 When Aileen Frisch of Germany became the world junior luge champion in 2012, it might have seemed that her Olympic future was set. It was, but for a country she never expected – South Korea.

After South Korea won hosting rights to the 2018 Winter Games in 2011, the country needed to turn Pyeongchang, a little–known hamlet 160 kilometres east of Seoul, into a winter sports capital capable of staging competitions in 15 sports and housing 3000 athletes and thousands more Olympic officials, journalists and visitors. It also needed a luge team.

South Korea has experienced limited Olympic success in winter sports. Of its 53 medals, 42 have come in short-track speedskating, nine in long-track speed skating and two in figure skating. None have come in the sliding sports of bobsled, luge or skeleton.

So South Korea has followed a familiar strategy for host nations that do not excel at winter sports and do not want to be embarrassed before a home audience: It went shopping, hiring a number of foreign coaches and granting citizenship to athletes from other countries. South Korea found a luger from Germany. Hockey players from the United States and Canada. Biathletes from Russia. A cross-country skier from Norway. An ice dancer from Boston.

The strategy fostered cultural resentment and awakening. All told, 19 athletes were granted citizenship by South Korea on its team of 144 participants in the Winter Games. A 20th athlete was granted citizenship for the Paralympics in March, but was later not selected for the team.

While precise statistics are not kept, this appears to be the largest number of athletes naturalised by the host country of a Winter Games, according to Bill Mallon, an Olympic historian from the United States who keeps a database of roughly 140,000 athletes.

Rule 41 of the Olympic Charter permits athletes to change their nationalities, but they must generally wait three years before participating for a second nation in the Games, unless the rule is waived.

Some naturalised South Korean athletes have birth or familial ties to the country and have gained dual citizenship. Others are essentially Olympic mercenaries, including Frisch, who had mixed feelings about competing for South Korea when the host nation initially approached her.

“I didn’t feel Korean, I didn’t speak Korean,” she said in a telephone interview. “It sounded a little crazy.”

Germany dominates luge the way the University of Connecticut dominates women’s college basketball. The country has four luge tracks, and nearly a quarter of the world’s courses for elite competitions. The success is a remnant of the country’s Cold War divide. Of the 129 Olympic medals awarded in luge since 1964, 75 have been won by East or West Germans or athletes from the unified team.

At the 2014 Winter Games in Sochi, Russia, German lugers won all four available gold medals. Frisch failed to make that sliding team. Competition and pressure are immense to make the country’s Olympic squad. Discouraged, she retired in 2015 at age 22.

Then came an unexpected call.

South Korea’s luge federation hired a German, Steffen Sartor, to be its national coach in preparation for the Olympics. And Sartor contacted Frisch in late 2015 to gauge her interest in competing for South Korea in the Games. Her first response was no.

In early 2016, a second entreaty came. This time Frisch reconsidered. She missed traveling and competing. And she was drawn to South Korea’s history of existing on a divided peninsula. In some ways, it resembled Germany’s own rived past.

“I liked the idea of becoming Korean,” Frisch said.

She took 40 hours of language, history and cultural lessons from a teacher in Germany, then moved to South Korea and immersed herself in the language and the culture. At first, some South Korean lugers were wary of her presence, Frisch said.

“I got the feeling that some of my teammates thought I should have not come to Korea,” she said. “They thought I’m just a foreigner and were afraid I would take their place. They did not see that I could also help them to become better.”

In December 2016, Frisch received South Korean citizenship after passing an interview where she answered questions about Korean historical figures and sang the country’s national anthem. She also got better at luge.

“I’m having fun again,” Frisch said. “I reached skills I never had in Germany.”

Recruiting is essential for a Winter Games, whose sports are mostly obscure and generate a relatively limited pool of athletes. Even a winter power like Russia used two naturalised athletes – a Korean-born short-track speed skater named Viktor Ahn and an American-born snowboarder named Vic Wild – to win five of its nine gold medals as host of the 2014 Winter Games. (Four more golds won by Russian-born athletes were rescinded because of state-supported doping.)

Eleven of South Korea’s naturalised Olympians in 2018 are on its men’s (seven) and women’s (four) hockey teams. The country had only 200 to 300 registered adult players, and had never participated in previous Olympic hockey tournaments. The sport’s international governing body strongly encouraged South Korea’s Olympic officials to recruit foreign coaches and athletes to become competitive, said Yang Seung-jun, the chief of Olympic planning and preparation for the South Korean Ice Hockey Association.

While there was no opposition from Korean-born coaches and players, Yang said: “The most difficult part was Korean people’s sentiment against foreign players. Koreans are very ethnocentric. We had to work very hard to win their heart.”

Public opinion began to change somewhat after the South Korea men’s team defeated its archrival and Asian power Japan for the first time in 2016, Yang said. The South Korea women’s team won the world championship for fourth-tier hockey nations in 2017. (At Olympics, North and South Korea will have a joint women’s hockey team.)

“I think since then, Korean people started to open their hearts and became more interested in our team,” Yang said, “although there are still people who are not used to the idea of naturalisation.”

Frisch, the luger, is not expected to win a medal at the Olympics and has struggled through foot injuries in the lead-up to the Winter Games. But Joo Se-ki, an assistant South Korean luge coach, said that Frisch has worked hard to fit in and provides valuable insight into training, know-how and even maintenance of sleds.

“The team has learned a lot from Aileen,” Joo said.

For some South Korean Olympians, dual citizenship has brought a reconnection with the land of their birth.

Marissa Brandt, 25, a hockey player, was born in South Korea, adopted by American parents and grew up in Minnesota. In December 2016, after two months of presenting her birth certificate, adoption papers and other paperwork to prove where she was born, Brandt was given a South Korean passport.

Her birth name is Park Yoon-jung, which she wears on her jersey because that is “really my only tie to Korea”. Her younger sister, Hannah, plays for the United States national team, and they have talked often about how much fun it would be to play against each other at the Olympics.

“We always joke about who my mom and dad would cheer for,” Marissa Brandt said.

The language barrier in South Korea was forbidding, at first, and Brandt thought to herself, “How will I make it here?”

But her Korean-born teammates were welcoming and now they give one another language lessons, Brandt said. When South Korea won the world championship for lower-division teams in April, she said in an email, it was “a big turning point in terms of how I saw myself”.

As the South Korean flag was raised and the national anthem was played, Brandt felt proud to be Korean. “It really was in that specific moment that I became OK with who I was and where I came from,” she said. “When I was younger, I shied away from embracing my Korean heritage. I just wanted to fit in and not look any different.”

Jackie Kling, 23, a freestyle skier, was also born in South Korea and adopted by American parents. She grew up in Pennsylvania and visited South Korea for the first time on a ski trip in 2014. “It was a bit of a culture shock at times, being a person that looks Korean but doesn’t speak the language,” Kling said.

During that trip, serious conversations began with the Korean Ski Association about competing for South Korea. They continued into 2015, and Kling gained dual citizenship. She competes under her birth name, Lee Mee-hyun, and said in an email that she had been widely embraced by athletes and officials.

“It may be because they consider myself Korean and not a real outsider,” Kling said.

While in South Korea, Kling has attempted to meet her biological parents. These are never easy decisions for children who have been adopted, she said, describing the search as “tiring” from an emotional and procedural standpoint.

But, she added: “It is something I am still looking into and will see what happens in the future.”

Winter Olympics 2018: South Korea got the Winter Games. Then it needed more Olympians