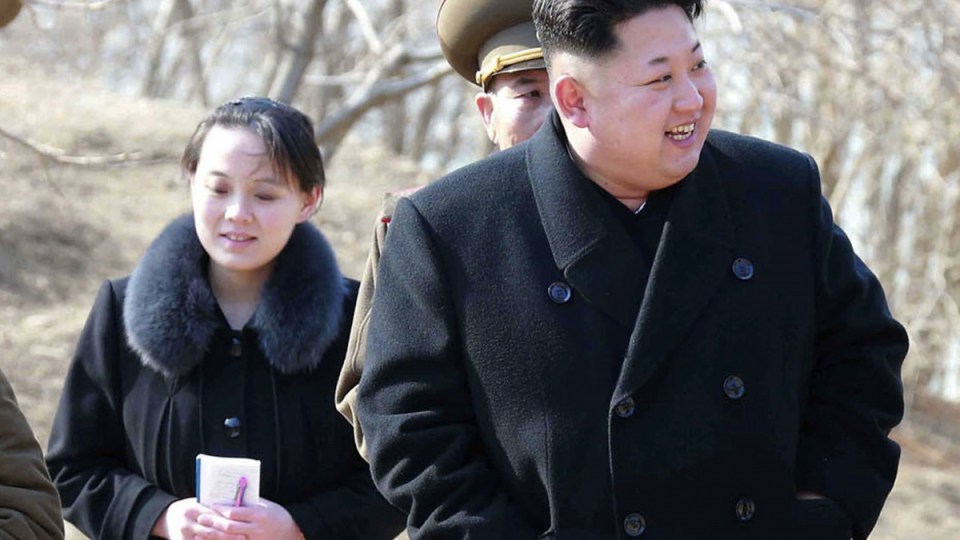 The sister of North Korean leader Kim Jong-un will cross the border to South Korea for the opening ceremony of the Winter Olympics on Friday in what will be an historic visit.

Kim Yo-jong will join a high-level North Korean delegation – that includes parliament president Kim Jong-nam – in traveling to PyeongChang for the ceremony, South Korea’s Unification Ministry said in a statement on Wednesday night.

It will be the first time any member of the Kim dynasty has visited South Korea, which is still officially at war with the North.

Ms Yo-jong, thought to be 28, was promoted to North Korea’s politburo by her brother last year as an alternate member of the decision-making political arm of the ruling party.

She was seen in state media on Tuesday greeting a North Korean art troupe that has since departed for the South to stage performances during the Olympics.

And while Ms Yo-jong’s inclusion is likely to irritate the US, South Korea welcomed the announcement, saying it was “significant that Kim had included his sister in the delegation”.

“We believe that the North’s announcement of the delegation shows its willingness to ease tensions on the Korean peninsula along with a message of celebration for the PyeongChang Olympic Winter Games,” it said in a statement.

“It is significant that the delegation also includes Kim Yo Jong, who is Chairman Kim Jong Un’s sister and holds an important position in the Workers’ Party of Korea.”

It comes after the US Treasury Department included Ms Yo-jong to its list of blacklisted officials last year.

US Vice President, who is currently on a trip to Asia and will attend Friday’s opening ceremony, said Pyongyang’s attendance will not conceal its nuclear and missile threat and its human rights abuses.

“We’re traveling to the Olympics to make sure that North Korea doesn’t use the powerful symbolism and the backdrop of the Winter Olympics to paper over the truth about their regime,” he said.

“We will not allow North Korean propaganda to hijack the message and imagery of the Olympic Games.”

“We’ll be there to cheer our athletes, but we’ll also be there to stand with our allies and remind the world that North Korea is the most tyrannical and oppressive regime on the planet.”

Also attending the PyeongChang Games will be Choe Hwi, chairman of the North Korea’s National Sports Guidance Committee, and Ri Son-gwon, head of the North’s agency in charge of inter-Korean affairs.

The North Korean delegation will visit the South for three days starting on Friday.