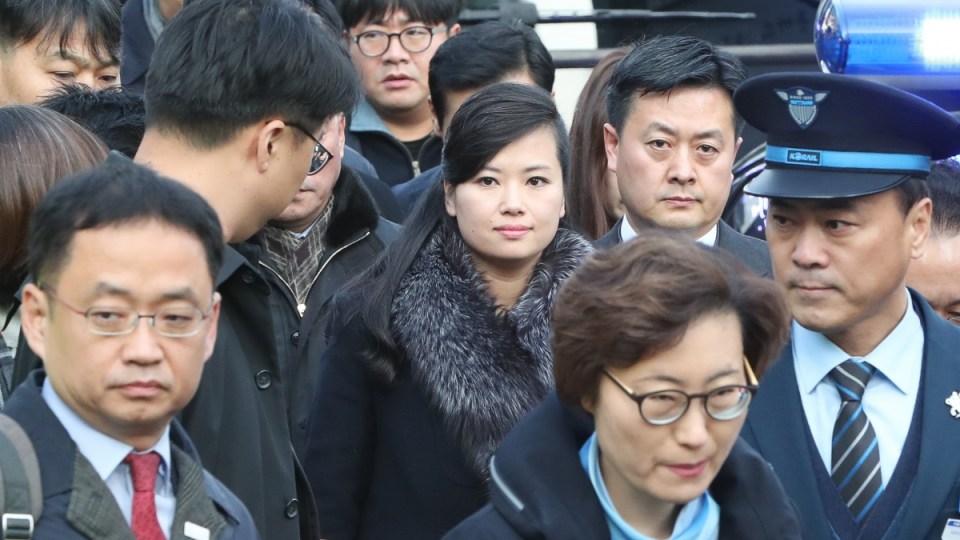 Music crosses all borders, even – it seems – the most disputed one in the world.

The North Korean pop star romantically linked to the country’s supreme leader, Kim Jong-un, has crossed into South Korea to prepare for her historic performance at next month’s Winter Olympic Games in Pyeongchang.

The diminutive star didn’t speak as she walked past reporters, onlookers and a barrage of photographers before boarding an express train in Seoul for the eastern city of Gangneung, where her art troupe is set to perform.

Hyon has been the subject of intense South Korean media attention since she attended last week’s talks at the border that struck an agreement on the art troupe’s two performances – one in Seoul and the other in Gangneung, where some of the Games will take place.

TV stations broadcast live footage of Hyon’s bus moving on Seoul’s roads before arriving at the railway station, where hundreds of police officers were mobilised to maintain order.

Photos showed a smiling Hyon shaking heads with a South Korean official upon arrival at the border. Later on Sunday, wearing a fur scarf and with half her hair tied to the back, she looked more serious with an expressionless face.

Hyon’s arrival came hours after the International Olympic Committee allowed 22 North Korean athletes to take part in the Olympics in exceptional entries given to the North.

The athletes will also march together with South Koreans under a single “unification flag” depicting their peninsula during the opening ceremony in Pyeongchang.

“Such an agreement would have seemed impossible only a few weeks ago,” IOC chief Thomas Bach said in Lausanne, Switzerland.

Hyon shot to fame in North Korea as a singer for the Pochonbo Electronic Ensemble, an orchestra that predominantly performs nationalistic propaganda music.

In 2005, she had a breakout hit with the song Excellent Horse-Like Lady.

It was rumoured that Kim and Hyon were once lovers, but the relationship was ended at the direction of Kim’s father, then-leader Kim Jong-il.

She was said to have married a soldier, however rumours of a love affair between Hyon and the younger Kim continue.

In the mid 2000s, Hyon disappeared from the public eye. In 2013 South Korean media reported she had been brutally executed by the regime for allegedly making pornographic videos.

The report stated she had been killed with a machine gun during a public execution.

These now disproven claims were denied by North Korea’s state news agency at the time.