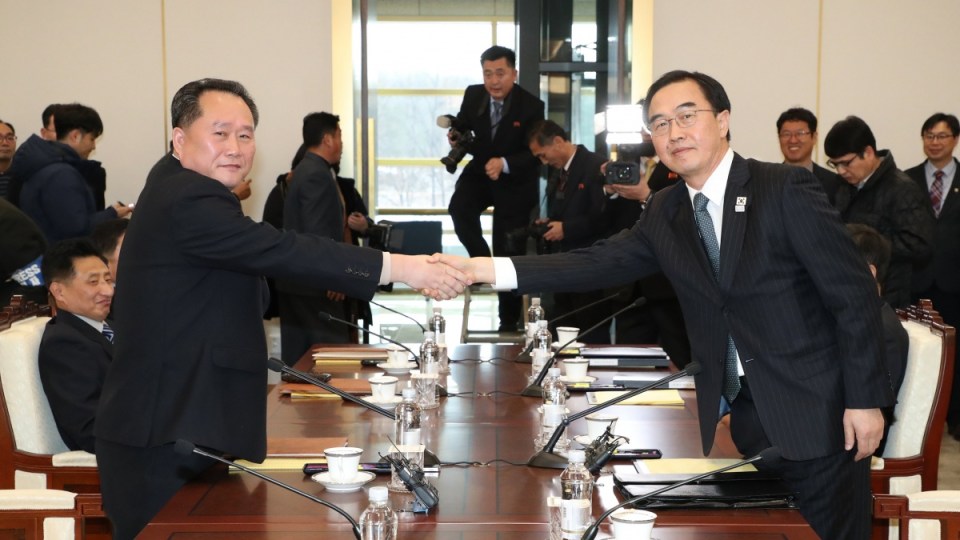 North Korea is to send a delegation of high-ranking officials to the Winter Olympics next month, the news agency Yonhap is reporting.

Tuesday’s announcement came as the countries met for their first high-level talks in more than two years at the border village of Panmunjom.

The Koreas’ first talks in two years were arranged after North Korea’s leader Kim Jong-un recently made an abrupt push for improved ties with South Korea after a year of elevated tensions with the outside world over his expanding nuclear and missile programs.

Critics, though, said Kim may be trying to divide Seoul and Washington to weaken international pressure and sanctions over the tests.

“The talks will focus on North Korea’s participation in the Pyeongchang Winter Olympics and our preparations have centred around some requests made by the North for a peaceful Olympic Games,” South Korea’s Unification Ministry spokesman Baek Tae-hyun said before the meeting.

North Korea was represented by Ri Son Gwon, chairman of the North’s Committee for the Peaceful Reunification of the Fatherland.

“I think we should be engaged in these talks with an earnest, sincere manner to give a New Year’s first gift – precious results (of the talks) to the Korean nation,” Ri Son Gwon said at the start of the negotiations.

Kim Jong-un had said in his New Year’s Day address that he was willing to send a delegation to the Olympics being held next month in Pyeongyang, South Korea.

President Donald Trump has expressed hope for some progress from the talks and said he was open to talking with Kim himself.

But UN Ambassador Nikki Haley later said the US administration isn’t changing its conditions regarding talks with North Korea, saying Kim would first need to stop weapons testing for a “significant amount of time”.