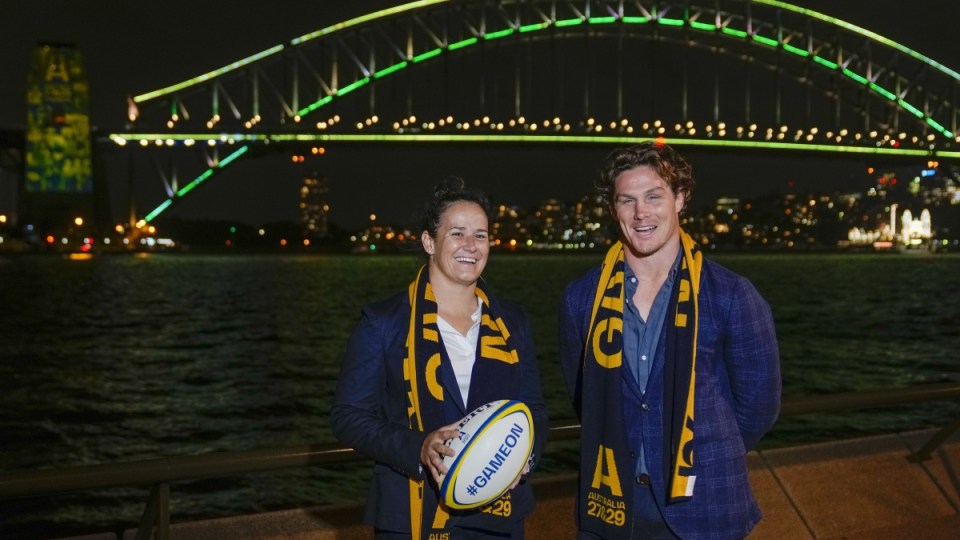 Australia will host the men’s 2027 and women’s 2029 Rugby World Cups in a game changer for the cash-strapped code Down Under.

Australia had been all but certain to earn both tournaments after previously earning preferred host status in the streamlined bid process.

The Sydney Harbour Bridge was lit up in green and gold at 6pm in anticipation before Rugby Australia received the confirmation it was anxiously awaiting almost four hours later.

Wallabies legend Tim Horan, a two-time World Cup winner, tweeted the announcement marked “the most significant moment in Australian rugby history since winning the RWC in 1991 that put rugby on the map in Oz”.

Rugby Australia (RA) CEO Andy Marinos estimated the two World Cups could bring between $50 million and $60 million to the cash-strapped governing body and help return the sport to its glory days.

That forecast came after the organisation considered reverting to amateur status when it recorded a net deficit of $27.1 million for 2020 due to the COVID-19 pandemic.

“It sets us up for what I think is going to be a golden age of rugby in this country,” RA president David Codey said.

“The runway from this all comes together in the next 10 years of rugby. Not only with these World Cups but the (Brisbane 2032) Olympics with rugby’s involvement in the Olympics and what that looks like.

“It’s a pretty good time to be a young rugby player or looking to play rugby.”