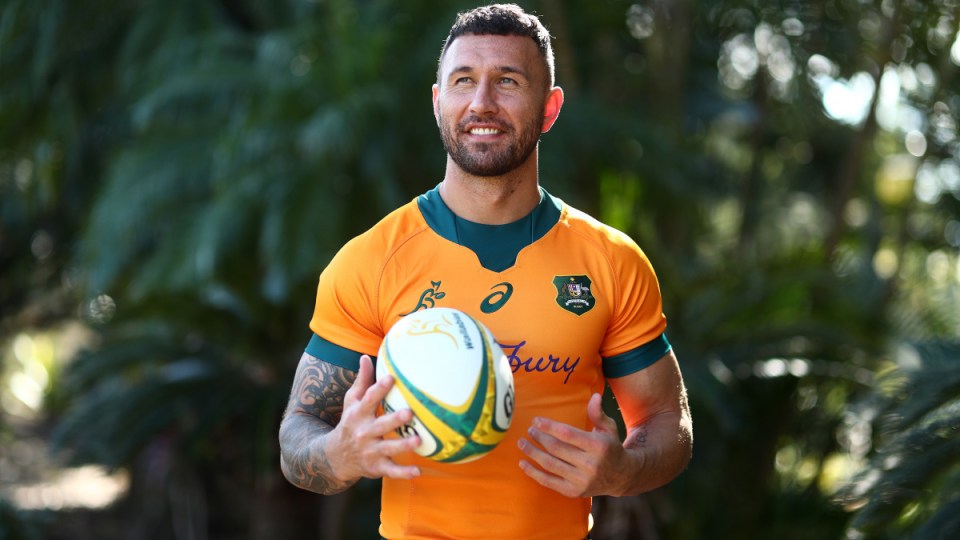 Auckland-born Cooper took to social media on Thursday to share the news and thank his supporters.

“After five years, five attempts, 75 Test matches and a lot of help from the community and many people behind the scenes, I can finally say I’m Australian,” the playmaker posted on Twitter following his official ceremony.

“To my immigration officer Sarah Lolesio thank (you) for your efforts and countless hours of work. Grateful.”

Now a dual citizen of Australia and New Zealand, Cooper cut a frustrated figure last July when he was denied for a fourth time for not meeting strict requirements because he had been playing overseas in Japan.

Rules demanded applicants must have lived in Australia for the past four years and could not be absent for more than 12 months during that time.

The regulations also stated applicants could not be out of the country for more than 90 days during the year before applying.

“Wearing the green and gold 70 times apparently is not enough these days.”

But the Australian government changed eligibility rules late last year to ensure “distinguished applicants” could be eligible to become a citizen.

Cooper, 33, sat his citizenship test in Tokyo, where he continues to dazzle for the Hanazono Kintetsu Liners, in December.

He moved to Australia when he was 13, debuted for the Wallabies in 2008 and was infamously branded New Zealand’s “public enemy No.1” during the 2011 Rugby World Cup in his native country following an on-field run-in with All Blacks captain Richie McCaw.

After being recalled to the Wallabies side last year, Cooper is eyeing another World Cup in 2023 in France at age 35.