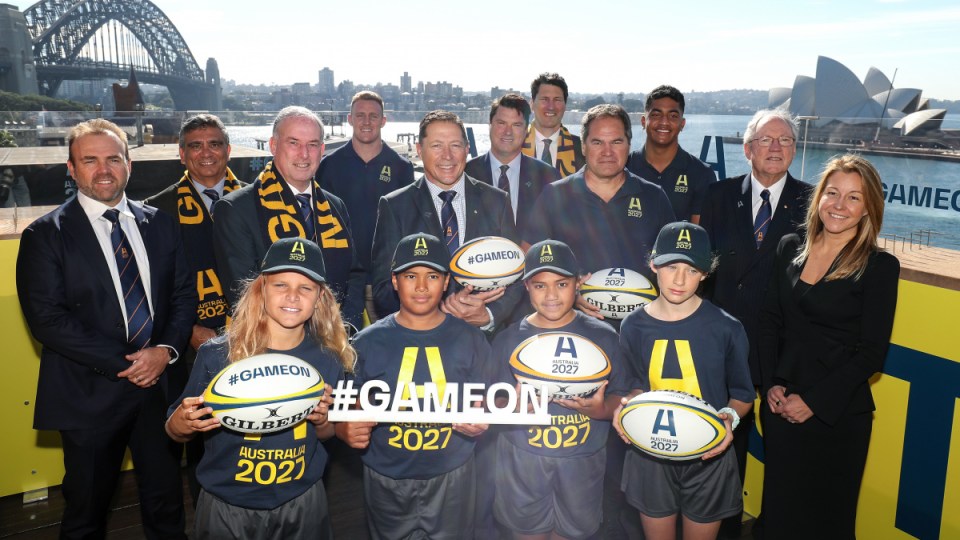 Australia's bid to host the Rugby World Cup in 2027 has received a huge tick of approval. Photo: AAP

Australia has effectively been given the green light to stage the 2027 Rugby World Cup after being listed by the governing body as the “preferred candidate” to host the global tournament.

In a new approach to the hosting selection process, the World Rugby council has created a ‘preferred candidate’ phase in which Australia was granted exclusivity to work with the governing body to host the global event for the first time since 2003.

England was given similar backing on Wednesday to host the 2025 women’s Rugby World Cup.

Australia had been in a contest with the United States to stage the 2027 men’s event but the council has effectively ruled out any duel by now indicating that the 2031 event is likely to go the US.

The council said an “exclusive targeted dialogue” would continue with the US in regard to hosting the 2031 tournament and also a women’s edition at some point in the future.

The final hosting rights will be awarded by the council in May next year, World Rugby added, but Wednesday’s decision effectively means Australia can forge ahead with its plans for one of the world’s biggest sports events in six years’ time.

“We’re in the 75th minute of the game and we’re leading and don’t want to let it go.”

Rugby Australia Chairman Hamish McLennan described it as a “a once-in-a-generation opportunity” that should eliminate the code’s financial woes and, according to RA boss Andy Marinos “reset the commercial landscape” for the sport.

Kearns said as many as 16 venues had been earmarked, but only “eight to 10” — to be determined after May’s final decision — would be used for games under World Rugby guidelines.

Many more locations in all corners of the country would be used as training bases though, with “art, wine and food trails” among the lures set to attract tourists seeking more from their experience than rugby.

The announcement comes six months after Australia formally launched its bid, which sparked a series of community events across the country.

A host of current and former Wallabies as well as key business and political influencers have backed the bid, while a delegation toured during the Wallabies’ Spring Tour of the United Kingdom to effectively seal the deal.

The 2027 event is projected to attract more than two million people across seven weeks of competition, including 200,000 international visitors, and generate a $2.5 billion boost for the economy.

Organisers said it will create 13,300 jobs and stimulate $500 million in new trade and investment.

“It’s a huge economic benefit for the nation and I’m thrilled rugby can drive that,” Kearns said.

“It potentially secures financially the future of rugby for a long, long time in this country.

“After the trials and tribulations of the pandemic they (World Rugby) were looking for something solid, and we’re solid.”

The next women’s Rugby World Cup was postponed until next year in New Zealand due to COVID-19.

The next men’s tournament will be held in France in 2023 with the Wallabies set to play on home soil again in the 2027 edition — 24 years since the hosts reached the 2003 final in Sydney.

It promises to be an exciting period for the sport in Australia, with a British & Irish Lions tour in 2025 and the World Cup in 2027 a prelude to an Olympics in Brisbane in 2032.