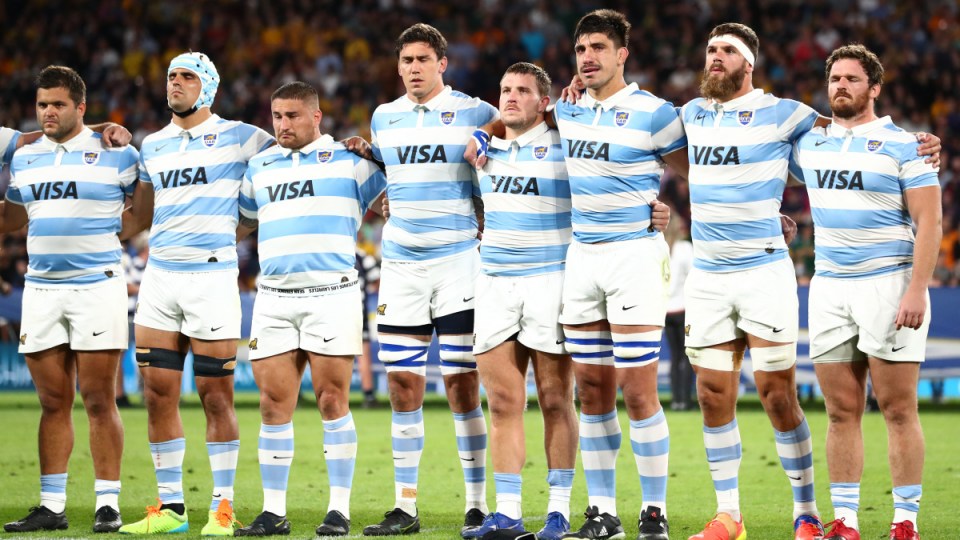 Members of Argentina's rugby squad have been locked out of Queensland after a trip to Byron Bay. Photo: Getty

Six Argentina rugby union players stuck in NSW after a border breach will remain there and miss Saturday’s clash with the Wallabies on the Gold Coast.

Six players, including world-class flanker Pablo Matera, and two staff were part of a group that travelled in a bus to a Byron Bay health retreat on Wednesday.

The contingent tried to re-enter the sunshine state without appropriate documentation before being forced to spend the night in Kingscliff, just south of the Queensland border.

Queensland Police has confirmed discussions with “other agencies” for their return are ongoing.

The four-nation competition’s governing body SANZAAR has declared, with 44 Argentine squad members on tour, the Test against Australia will go ahead without the now “ineligible” players.

The game is Los Pumas’ last before they return to Argentina. The eight players and staff will rejoin the squad when they fly home on Sunday.

“This travel across the state border is a direct breach of the present Queensland government health orders and SANZAAR’s Rugby Championship tournament biosecurity plan,” a SANZAAR statement read.

“These team members … crossed the border on their scheduled day off without the permission of the tournament and without seeking clarity on their ability to re-enter Queensland under the existing COVID border restrictions.

“SANZAAR is very disappointed that such a breach has occurred given the clear rules that are in place to ensure the health and safety of all players and staff, and compliance with all relevant health orders.”

Restrictions on cross-border travel were loosened this week, but only for residents of Tweed Heads, Byron Bay and Queensland travelling for work, education, care or essential shopping.

Argentine Rugby Union (UAR) released a statement on Thursday saying those involved were “all in perfect good health, lodged at a hotel in the area, waiting for their current condition to be solved”.

“For the UAR, bringing a solution to this issue has become a top priority,” the statement read.

“The union is making its best efforts at the institutional level to provide assistance so as to facilitate the players’ and staff members’ return as soon as possible.

“At the same time, an internal process has been put into place in order to clarify and to determine responsibility for what has happened.”

Argentina has twice visited Australia in the past year despite the tough COVID restrictions, arriving this time via stops for Tests in Wales and South Africa.

It upset New Zealand and drew twice with the Wallabies last year, but has lost all five Rugby Championship games in 2021.

After Saturday’s loss to Australia in Townsville, coach Mario Ledesma said his side felt disrespected when a promotional photo and video shoot featuring the Wallabies, South African and New Zealand captains went ahead without them.

SANZAAR later apologised for the snub.

The Wallabies and Argentina will name their teams for Saturday’s Test later on Thursday.