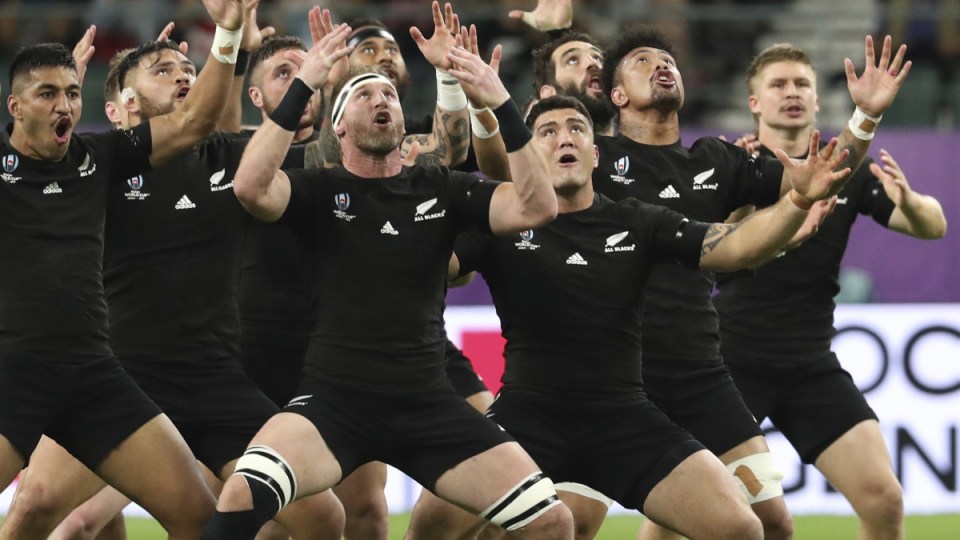 No many nations have overcome the All lacks in recent times. Photo: AAP

Every selection, every opponent, every training camp – just about every decision Eddie Jones has made in the last two-and-a-half years – has been geared towards Saturday night’s match (7pm AEST) when England face New Zealand in the World Cup semi-finals.

As soon as the May 2017 draw was complete, Jones knew England and the All Blacks were on a likely collision course in the last four and that if he were achieve his stated goal of lifting the Webb Ellis Cup, he would have to get past them first.

His team knocked off the Wallabies in a solid display, but the All Blacks are a hurdle not many have overcome.

They are seeking an unprecedented third successive title and have not lost a World Cup match since France shocked them in the quarter-finals 12 years ago.

The numbers hardly look any better for England when they assess their own record against New Zealand – seven wins from 41 games and only one victory, in 2012, in the last 16.

But they go into Saturday’s titanic clash full of confidence and truly believing they have the depth and variety to unseat the favourites and reach the final for the first time since losing to South Africa in 2007.

Oddly, much of that belief comes from one of those interminable defeats – the last one almost a year ago at Twickenham.

England ripped out to a 15-0 lead playing exhilarating rugby, only for the All Blacks to fight back, as they so often do, to lead 16-15.

England thought they had won it with a last-gasp try by Sam Underhill and, though it was ruled out for a marginal offside to give the visitors victory, everyone playing in the game and the fans knew they were watching an England team who had the tools to prevail should they meet again on the sport’s biggest stage.

“We were confident enough to think we’d make the semi-finals which is why, for two-and-a-half years, we have been building up a game to play New Zealand,” Jones said on Thursday.

“There’s a certain sort of game you have to have to play against them and certainly we’ve tried to incorporate that into our tactical armoury. We don’t have to bring a lot of new stuff this week.”

New Zealand came into the tournament with people sensing a chink of light after blips against South Africa and Australia but that looked like wishful thinking when they overwhelmed the Springboks in their first pool game and destroyed Ireland in the quarter-finals with a superb all-round display.

Both teams are packed with huge forward power, tackle with frightening intensity and have explosive and deadly backs, brilliantly adept at seizing on loose ball.

“England have been a marvellous team in periods and we have a lot of respect for what they have achieved over the last four years,” All Black coach Steve Hansen said. “It will be a big battle.”