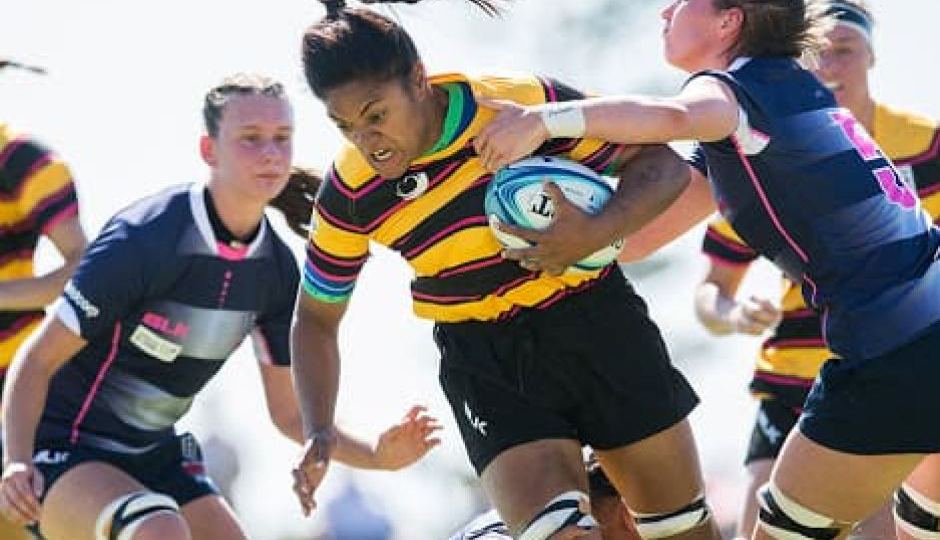 Girls will be banned from playing rugby in state-funded schools in Tonga, after a statement was issued by Education Minister Penisimani Fifita.

In his statement, Mr Fifita said he was issuing the ban because it was against Tongan traditions and culture for girls to play rugby.

The backlash against the government has been explosive, with Australian international player of Tongan descent Caroline Fairs labelling the ban “ludicrous”.

“I think my immediate reaction was, ‘This can’t be real,” she told the ABC’s Pacific Beat.

“‘What are you going to do next?’ Yeah, absolute shock and disbelief.”

The ban came just as the region’s governing body, Oceania Rugby, was going out of its way to promote the women’s game.

In Fiji’s capital, Suva, it was confirmed Oceania regional director of women’s rugby Cathy Wong had been appointed to the World Rugby Council.

On the announcement of Ms Wong’s appointment, services manager for Oceania Bruce Cook reaffirmed rugby’s popularity made it an ideal platform to raise awareness and promote gender equality in the Pacific.

“When girls play rugby they transcend the gender limits set on females,” he said.

“World Rugby, and in turn Oceania Rugby, is committed to be a global leader in sport where women have equal opportunities in all areas.”

Fairs said the latest move by the Education Minister had sent the development of the sport in Tonga into reverse.

“Look at Fijiana, look at PNG, they are doing so well for themselves, and we’re developing and we’ve done really well at previous Pacific Games,” she said.

“But just to go backwards and not have our young high school students playing, I mean where else are they going to build that skill level in order to compete at the highest level?”

Tongan women’s rights activist Ofa Guttenbiel Likiliki also criticised the rugby ban, which she said was a reflection of Prime Minister Akilisi Pohiva’s own views, rather than those of the majority of Tongans.

“He doesn’t support young girls playing rugby, because it’s his personal view that it takes away the dignity of girls who play it because in his view it’s a male sport,” Ms Likiliki said.

“I do not believe that parents were consulted or had their personal perspective taken on board.

“I think there should be an opportunity for them to speak, not just the parents, but the students themselves.”

News of the ban has made its way around the world, with New Zealand Prime Minister Jacinda Ardern the latest to express concern, saying all young women should be allowed to play whatever sport they choose.

The announcement has also raised a fierce online debate about whether sport and culture should mix, particularly in a country like Tonga, where women are underrepresented in politics, and domestic violence is rife.

Fairs said if that situation is to change, banning girls from playing rugby at school will not help.

“Taking away rugby only takes away their mateship, their sense of belonging within the team,” the Wallaroo said.

“There are so many women who play rugby at the moment, whether its rugby league or rugby union or any kind of sport, who are just outraged that such a decision has been made.

“Hopefully the government and the minister will listen to the public and see that these young women are upset. Hopefully it can be reinstated.”

Pacific Beat made several requests for an interview with the Education Minister to clarify his policy, but was yet to receive a response.