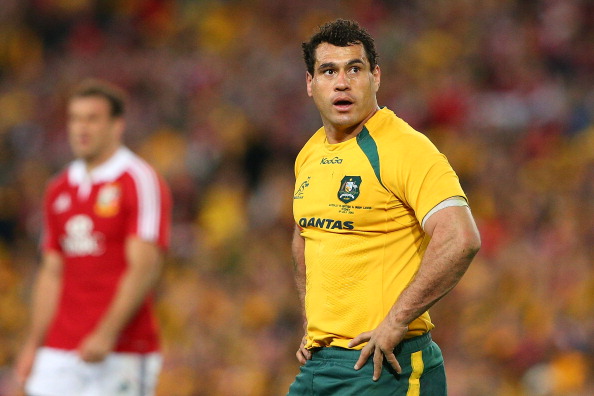 George Smith, who played 111 Tests for Australia, is charged with robbery resulting in bodily injury in Japan. Photo: Getty

Wallabies great George Smith has been arrested in Tokyo after he allegedly assaulted a taxi driver while drunk.

Smith, who played 111 Tests for Australia, has been charged with robbery resulting in bodily injury, which allegedly occurred on December 31 last year.

He denies the charges.

Tokyo Metropolitan Police allege that Smith took a taxi near his house in Fuchu city just after midnight and ran away without paying the 9830 yen ($110) fare.

A spokesman told the ABC that he tried to avoid paying the taxi fare just after midnight on December 31.

“He tried to run but the driver caught him,” the officer told the ABC.

“He demanded him to pay the [fare] and after that he assaulted him and caused an injury.

The 37-year-old Smith is contracted to the Queensland Reds in Super Rugby, but he also plays with Japanese top-tier side Suntory Sungoliath during the Australian off-season.

In a statement to the ABC, Suntory confirmed he had been arrested but said it had not been able to find out any more information.

“We apologise from our heart to the victim and anyone affected,” a spokesperson told the ABC.

“We’re also very sorry for causing concern and trouble to many people.

“At the moment, he is under investigation and we have not been able to find out the details.”

Rugby Australia released a statement saying it is monitoring the situation.

“Rugby Australia is investigating reports of an incident involving George Smith in Japan,” the statement read.

“No further comment will be made at this time.”