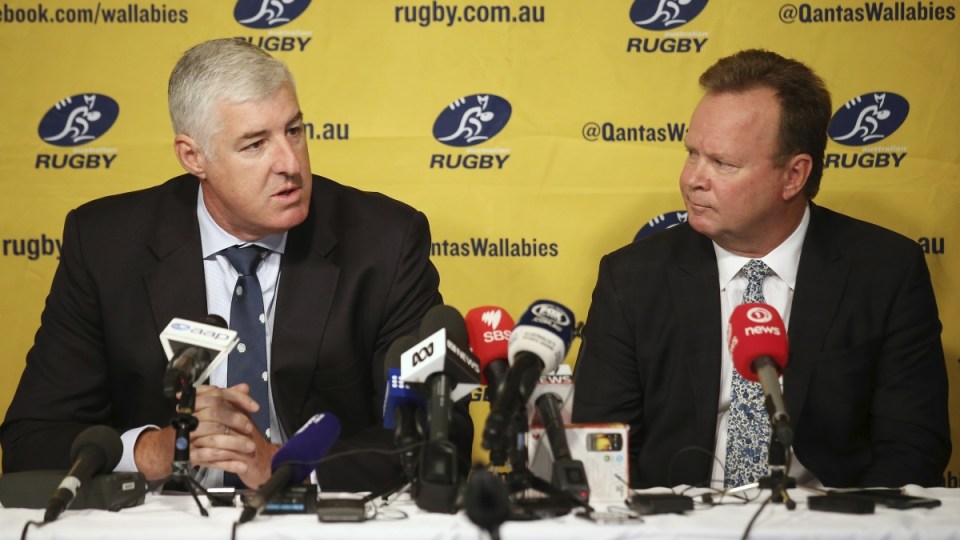 CEO Bill Pulver revealed on Monday the national governing body had spent $28 million in “unbudgeted funding” on Super Rugby since 2013 and had to stop the financial haemorrhaging.

Players from the Force and Rebels will learn within the next two to three days which of their teams will be axed by the ARU after the governing body has consulted both to better understand their positions and prospects.

But players and fans are no wiser as to which team will go, with both Mr Pulver and ARU chairman Cameron Clyne saying the Rebels had no edge over the Force because they were privately owned.

Mr Pulver said the ARU contributed $6 million annually to every Australian Super Rugby team, but needed to redirect savings from cutting a team into grassroots rugby, coaching education and improving pathways for players and match officials.

“Sadly it is very clear to me now that we cannot sustain five teams, either from a financial perspective or a high-performance perspective,” Mr Pulver said.

“Look, it’s tragic to think of one team being dropped, but long-term this is in the best interests of Australian rugby.”

Japan’s Sunwolves will replace either the Force or Rebels in a new “Australian conference”, while two South African sides will also be axed in a major restructure of the unpopular and unwieldy competition format.

Mr Clyne emphasised the decision to cut one of the five Australian sides was taken by the ARU, not Super Rugby governing body SANZAAR.

As well as the financial losses, Mr Clyne said Australia simply did not have the player depth to support five Super Rugby teams anymore, a belief supported by diminishing on-field results.

He also revealed the ARU had initially looked at cutting one of three sides, the Force, Rebels and Brumbies, before deeming the Brumbies safe after “an exhausting analysis” of the three teams.

The Brumbies “met all the criteria: financial, governance, high performance outcomes, future sponsorships, a range of issues that indicated they would be a sustainable presence and therefore would not need to be considered for elimination at this point,” Mr Clyne said.

Mr Pulver said the ARU had been under intense pressure from South Africa – who wield greater broadcasting funding influence than Australia – to approve the expansion from 15 teams to 18 two years ago – a situation that is now being reversed.

“In retrospect, I think that was probably a mistake,” Mr Pulver said.

“But at the time we had a partner in the South African Rugby Union who had a very complex political environment where the government was essentially saying that unless you field the additional team of the Kings, you’re out.

“We had Argentina, who had been a really constructive addition to the Rugby Championship, but saying that they had to keep their players in Argentina through the presence of a (new) Super Rugby team.

“And we saw the economic merits, the expansionary merit, of having a Japanese team.

“But, look, sitting here today I acknowledge that that was a mistake. That competition has not delivered the outcomes we wanted.

“I’m not however convinced it’s the 18-team competition that has led us to losing a team today.”

The ARU will retain its full revenue from the broadcasting deal despite losing one team in 2018.

The Rebels issued a statement on Monday criticising the handling of the changes, saying the club was solely focused on Saturday’s Australian derby against the Brumbies.

“The club is increasingly frustrated by the impact this process has had on Rebels players, staff, members, fans and partners,” the statement said.

“The club wishes the management of the issue had been better handled by SANZAAR or the ARU.”

Australian Super Rugby team faces the axe, but which one?