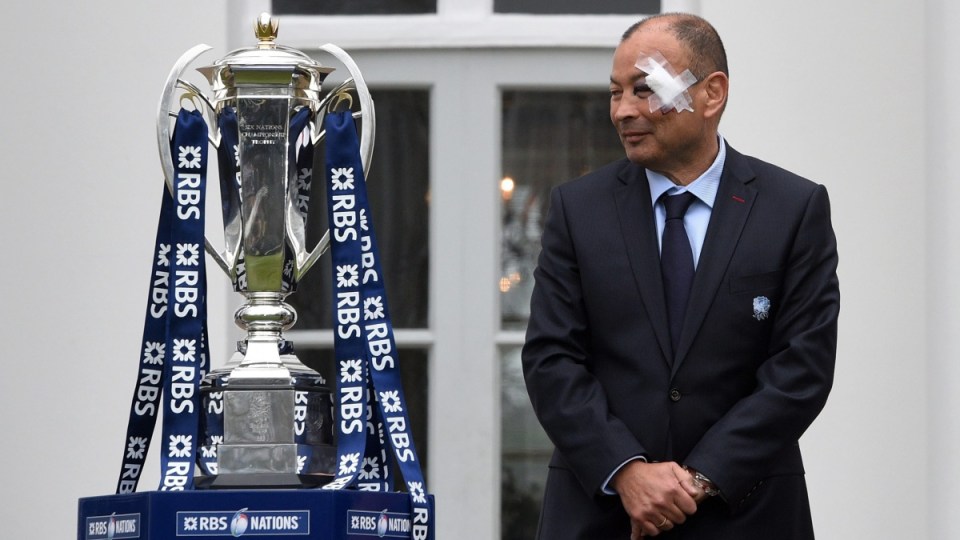 Eddie Jones shows off his injuries while posing with the Six Nations trophy. Photo: AAP

England coach Eddie Jones has led the media a merry dance as he gave two alternative explanations for a cut and badly bruised eye that led to him attending the official launch of the Six Nations championship wearing a large bandage.

Initially the Australian said he had fallen in his hotel bathroom earlier in the day but later changed his story.

“We’ve had judo then MMA (Mixed Martial Arts) – we’re going through the martial arts,” he joked when asked about the injury at the Hurlingham Club in London.

“Actually I slipped over in the hotel this morning. I walked out of the shower, I forgot to shave, and I went over.”

It seemed an unlikely explanation given the yellowing bruise around his black eye and he switched tack later in the day when interviewed on TV.

“It was a tough old training camp,” he said having just returned from England’s preparations in Portugal. 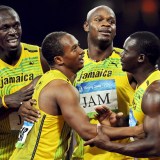 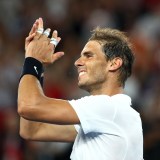 Asked who had hit him, Jones said: “I don’t know, I’ll have a look at the video later.”

Jones was accompanied at the launch by hooker Dylan Hartley, who was confirmed as captain and set to start in the opener with France on February 4 despite not playing a match since his ban for a high tackle in a club game last December.

“I feel fresh, fit and focused,” said Hartley. “I’ve had some time out – I know where I need to be.”

When Hartley was asked whether he had had much previous experience of preparing for a big game after a long spell on the sidelines, Jones interrupted.

Hartley, however, cut a more serious figure when asked if he feared his latest indiscretion might have put his captaincy in jeopardy.

“Of course,” he said. “I’ve had a good reality check and I understand I’m privileged to be in this position. I made it harder for myself but I’ve reflected and worked hard.”

Jones, who oversaw a perfect year of 13 wins having taken over from Stuart Lancaster, is seeking a second straight Grand Slam as the Six Nations includes bonus points for the first time.

The coach said he had grown up with the system after it was introduced in the southern hemisphere’s Super Rugby competition where he coached in the 1990s and had barely given it a second thought.

“If you play good rugby you win matches,” he said.