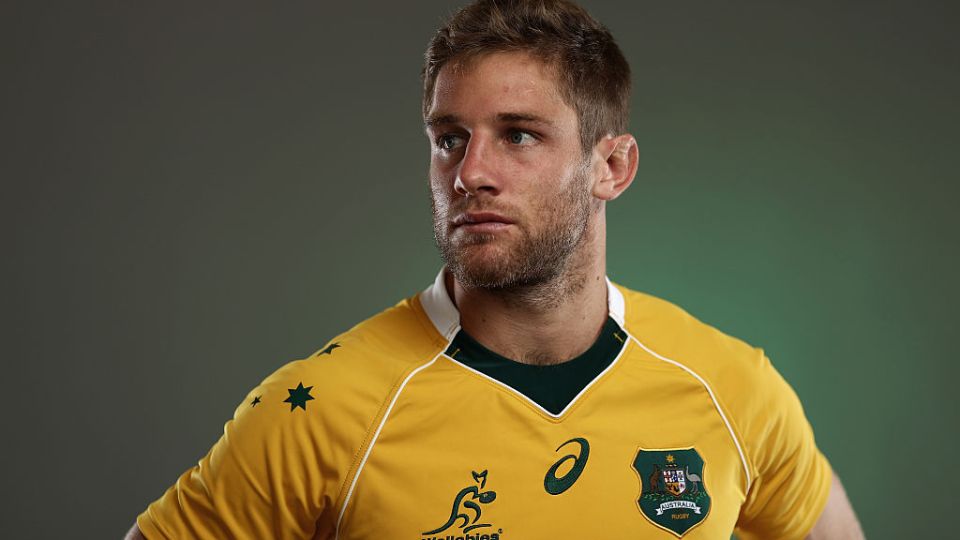 Kyle Godwin is set to make his Wallabies debut against France. Photo: Getty

The Wallabies will face France with a starting lineup which barely resembles their opening Spring Tour fixtures, with coach Michael Cheika making 11 changes while handing Kyle Godwin a Test debut.

Only flanker David Pocock, who moves to his preferred openside flanker role, halfback Will Genia, winger Henry Speight and centre Tevita Kuridrani have been retained from the starting XV which sealed a late 23-22 win over Scotland last week.

But far from swinging the axe following a lucky escape, Cheika has chosen the new-look lineup to give his weary starters a rest ahead of the key grand slam clashes with Ireland and England – while also handing fringe squad members a chance to press their case.

All five Wallabies to have started all 12 Tests this year – captain Stephen Moore, vice-captain Michael Hooper, Israel Folau, Bernard Foley and Dane Haylett-Petty – have all been relieved of their starting duties while prop Sekope Kepu, who came off the bench once, has also been given a rest.

In Folau’s absence, Luke Morahan is given a chance to shine at fullback – while the highly rated Godwin will make his first appearance for Australia.

“I’ve been impressed with him from day one,” Cheika said. 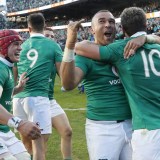 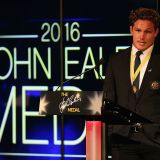 “He’s a player (France) won’t know either so it’s something different for them to look at.”

Australia’s first-choice No.9, Genia, retains his place ahead of Nick Phipps after returning to the starting lineup last week following his release from French club Stade Francaise for the international window.

Genia will get a chance to play in front of his adopted home fans at Stade de France on Saturday, and will rekindle his partnership with the enigmatic, but experienced, Quade Cooper who returns at five-eighth.

Pocock headlines an exciting backrow made up of World Cup favourite Scott Fardy and rising talent Sean McMahon, who returns from an ankle injury suffered in Pretoria six weeks ago.

The Wallabies will also test out an inexperienced front-row, with hooker Tolu Latu making his first start after debuting against Wales a fortnight ago, while rookie prop Allan Alaalatoa will partner veteran James Slipper.

But Cheika insists there are no token selections among the team.

“You don’t give away a starting jersey for Australia lightly,” he said of the new front row.

“We’ve said that we want to give lads experience and Allan hasn’t started or been in this type of firestorm before.

“I wanted to try to get a blend of (youth and experience). I don’t just want to go, ‘here you go young guys, have a game”.

“I want to give them the opportunity to play with experienced players.”