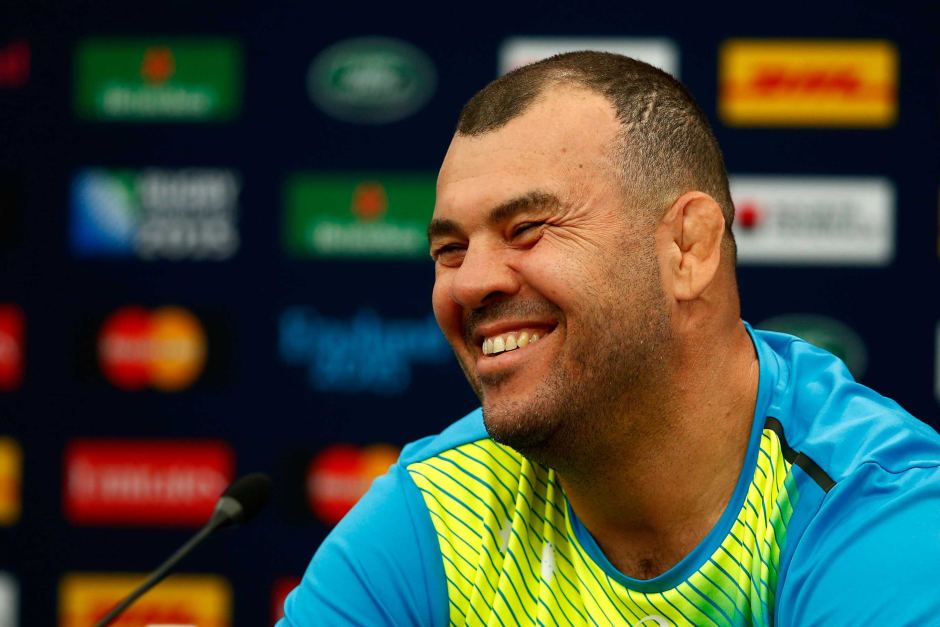 The fireworks finally arrived at a Michael Cheika media conference on Thursday morning, but it was the Wallabies coach in peacemaker mode during a verbal disagreement between a journalist and photographers.

Cheika, under pressure after losing two Tests to England, reacted to a dispute as photographers and a journalist jostled for positions to grill the Australian coach on his plans to turn the tables on rival Eddie Jones in Sydney.

“Easy tiger, just relax, if anyone’s gonna have a bit of anxiety it’s me mate not you, just relax, just take it easy, it’s all good”, said Cheika.

If Cheika’s feeling the heat ahead of a possible 3-0 series loss to England, he’s not showing it.

“I know it hasn’t gone as we would’ve planned so far but you can’t always just enjoy it when it’s good.

“You’ve got to enjoy it when it’s tough too because that’s where the character is built.”

Cheika’s brought locks Will Skelton and Rob Simmons as well as inside centre Matt Toomua into the starting team for Saturday night’s Test at the Sydney Football Stadium. He maintains Australia will continue to play running rugby.

“Teams I’ve coached often are in this situation because of the type of rugby that we coach,” he said.

“I’m a year and a bit into Test rugby coaching and I’m still learning about the full requirement day in day out to make sure that you can play that rugby at that level.”

The inclusion of the towering Skelton indicates the Wallabies are looking for additional muscle to combat the English forwards.

“It’s pretty self-explanatory there, I’m a big boy and I like to carry the ball and I want to try and get my hands on the ball as much as I can this week,” Skelton said.

Toomua replaces Samu Kerevi at number 12 and says the Wallabies can succeed with a free-flowing style, provided they cut down on errors.

“We’ve got to be smart about where we attack and how we attack, so I guess I see that as a big part of my job as a second play-maker,” Toomua said.

Avoiding a 3-0 defeat against the Eddie Jones-coached England is one of the motivating factors for the Wallabies.

“We want to go out and put in a good performance, restore a bit of pride in our jersey and ourselves and that’s what we’re focussed on.”