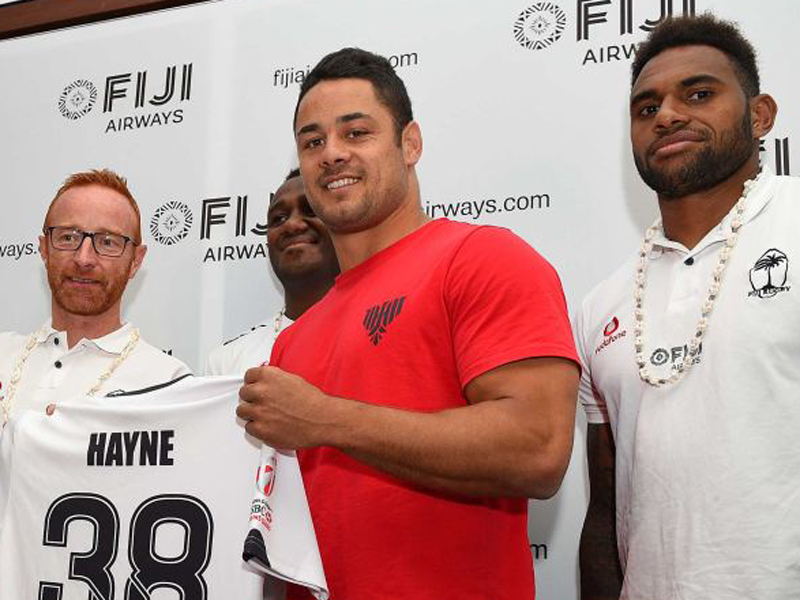 Jarryd Hayne says representing Fiji in this weekend’s London Sevens at Twickenham will be a dream come true.

The 28-year-old is set to make his rugby debut after being named in Fiji’s 12-man squad just four days after arriving in London and announcing his unlikely Rio Olympic dream.

Fiji coach Ben Ryan says Hayne is fitting in well to his world champion squad, which needs only to make the quarter-finals this weekend to secure back-to-back world series victories.

Ryan seemed more than happy to welcome the two-time Dally M medal winner on board at short notice, barely hours after Hayne terminated his lucrative NFL contract with the San Francisco 49ers.

It means Hayne has a handful of sevens games to prove to Ryan he’s worthy of a place in the squad for Rio.

“I have always dreamt about playing sevens for Fiji and I’ve been given the opportunity,” Hayne said in a statement released by World Rugby.

“My Dad is Fijian and we watched a lot of Serevi games, and William Ryder was a big idol of mine.

“It is a team that plays with a lot of spirit and a lot of faith. You don’t really see that in teams around the globe.

“I’ve played for many different teams at the highest level and Fiji is a special nation and a special country to play for.”

Hayne replaces playmaker Vatemo Ravouvou who is nursing a knee injury, and Ryan hopes Hayne’s inclusion will take his world number one team to a new level.

“I thought the boys needed a bit of added competition and that came from France, and it has also come from San Francisco,” Ryan said.

“Jarryd is our latest, he has trained well, [it’s a] massive learning curve for him, but he has settled in well and he is used to that Fijian side of things off the field.”

Fiji’s campaign kicks off against England on Saturday night (AEST), before games against Wales and Australia.