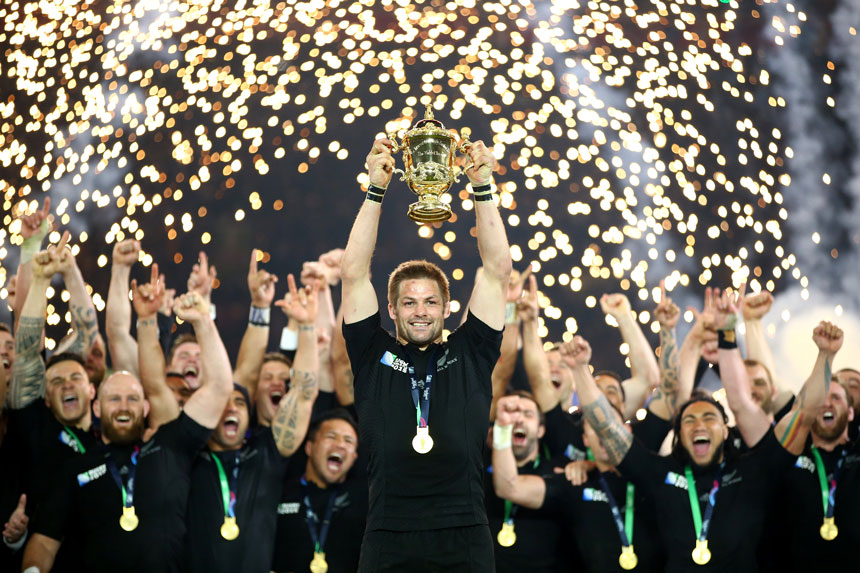 All Blacks captain Richie McCaw has announced the World Cup Final was his last game of professional rugby.

McCaw called a media conference on Thursday to announce his retirement from the game after nearly 15 years with the All Blacks.

The announcement came just a day after the sudden death of All Black great Jonah Lomu, which prompted a flood of international tributes from sport stars, politicians, and celebrities.

Prior to the media conference, McCaw and journalists observed a moment of silence for Lomu.

McCaw said immediately after the World Cup final win in October that he wanted to enjoy the moment and wouldn’t rush to make a decision on his future.

The 34-year-old became the first captain to hoist the Webb Ellis Cup for a second time, after he first led New Zealand to victory on home soil in 2011.

And he said that going out on a high was the right way to say goodbye, as he prepares for a career as a helicopter pilot.

“That last game, to have that as the lasting memory of your last time on your pitch…it’s pretty satisfying,” he said.

“I sit here today with no regrets on what I have done over the years as a rugby player.

Asked why he didn’t announce his decision before the World Cup final, which New Zealand beat Australia in, McCaw said: “Had it gone the way of us getting beat (in the final), I wanted to make sure I did it right as All Black captain.

“That I fronted as you would expect and not have my foot out the door.

“I wanted to make sure that was right. If it went the other way (and we won), I wanted to enjoy being still an All Black and make it about the team, not individuals.”

McCaw acknowledged that flying a helicopter would never be the same as playing rugby, but that he was excited for the challenge.

“I am hugely passionate about it (flying),” he added.

“It will never replace the thrill of running out in front of 80,000 but it is not far short of it. Along with some sponsor’s commitments and stuff, I will be reasonably busy.”

McCaw is the sixth All Black star from the World Cup squad to leave.