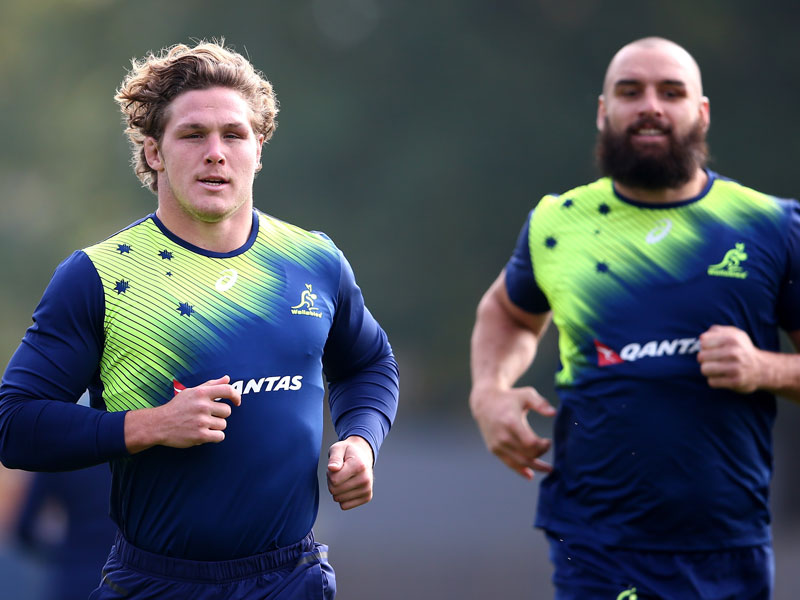 The Wallabies will be wary of flare-ups in their Rugby World Cup semi-final when they take on revitalised and passionate Argentina for a spot in the decider.

Australia have lost just once to Argentina in their past 11 encounters, but the Wallabies are aware several of those matches had heated moments and they’ll be keen to maintain their discipline in Sunday’s (Monday AEDT) semi-final at Twickenham.

Vice-captain Michael Hooper copped a suspension for striking Pumas five-eighth Nicholas Sanchez in July in the 34-9 victory in Mendoza.

Angry Australian fans believed Sanchez milked the moment by clutching theatrically at his face as he rolled on the ground, having already provoked the incident by pulling Hooper back as he ran in support as Dean Mumm scored a crucial try.

The judiciary limited Hooper’s ban to one game after finding his action was just a “push with an open hand”, not a punch.

“We go about our business; we didn’t go into that game with a plan to get involved and all that sort of stuff,” said Wallabies assistant coach Stephen Larkham, who lost to Argentina only once in six Tests.

“It’s inevitable that two teams who are quite passionate will have some flare-ups in the game.”

Halfback Will Genia said there was no danger of the Wallabies’ fortunate quarter-final escape against Scotland putting unwelcome doubts into minds this week – even if it had dominated the local back pages since the 35-34 victory.

“We won the game; we’re still here; we have another week to prepare.

“People can say what they want – we are just concentrating on Argentina.

“They can forget about it or talk about it all they want.

“We have forgotten about it. It doesn’t matter – it is irrelevant.”

The “peripheral chat”, as Genia and coach Michael Cheika call it, has been unavoidable in the fallout from the Scotland game.

The referee at the centre of the controversy, Craig Joubert, has been accused of robbing Scotland of a semi-final appearance – and, on Monday, was hung out to dry by World Rugby, who said following a review that he should not have awarded the decisive penalty, from which Bernard Foley kicked the match-winning goal.

The media interest has led to numbers doubling for Cheika’s daily media conferences at their tranquil base in south London.

Larkham said it hadn’t been difficult to help the players refocus ahead of Argentina.

“It’s been dealt with by Cheik and we back Cheik’s decision there,” he said.

“There’s too much work to be done to worry about what happened on the weekend.”

Cheika on Monday had admitted the Wallabies were guilty of hanging onto their impressive pool wins over England and Wales, rather than switching focus to the all-important quarter-final against Scotland.

After using up their get-out-of-jail card, Cheika took responsibility for the lapse in attitude and said he wouldn’t let it happen again this tournament.

Simon Birmingham: Liberals need to be more proactive on climate and women
Analyst: Sharemarket will be anxious about a Labor pact with Greens
French foreign minister hails defeat of Morrison and his ‘notorious incompetence’
Tiger Woods quits PGA tournament after the worst round of his career
COVID claims 18 more lives as nationwide daily cases soar above 35,000
Volodymyr Zelensky: How war will end as Ukraine ‘breaks backbone’ of Russian army
Wallabies victory tainted
Today's Stories

Wallabies warned of flare-ups against Argentina