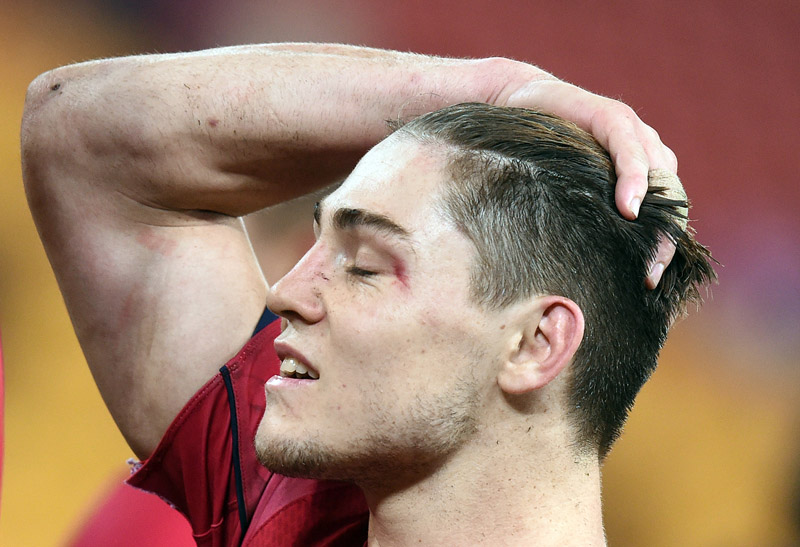 The bad blood between former Wallaby Greg Martin and recently released James O’Connor has continued, with the former appearing to threaten revealing his secrets.

The stoush started when, speaking on Triple M Radio, Martin dubbed O’Connor as an “immature twat” and compared him to Justin Bieber.

Martin’s comments came after O’Connor left the Queensland Reds on welfare grounds. He will return to Europe, where he is expected to re-join French club Toulon.

“This could be the greatest waste of Australian Rugby talent,” Martin initially said.

“He’s played 44 Tests for Australia at the age of 25, hasn’t played in the last few years because of his bad attitude… (he is) a guy that just hasn’t matured.”

“Greg did not say these comments while I was present, he offered me no chance to respond and frankly from the position I stand, he does not care,” the post read.

“Greg’s interest is his own opinion and making his own headlines, with no consideration to whom he drags through the mud.

“Some would see what Greg has done as bullying, plain and simple.”

The war of words didn’t end there, with Martin again hitting back on radio today.

“It’s the first time he’s written more than 140 characters apart from apologising to a club who’s bum-rushed him out the door.

“Bullying is when you start a Twitter war where you don’t want someone to fire back — two weeks ago he had a crack at me.”

Martin advised O’Connor to end the spat, and appeared to threaten to reveal secrets if it continued.

“James, I warn you, when you get these words, I know where a lot of the skeletons are buried, mate,” he said.

“I know what’s going on (in) the world and I know what you’ve done and we could tell a lot more, so let’s finish this, right here and right now, mate.”

O’Connor was released from his Reds contract earlier this week.

In his lengthy Facebook post, O’Connor suggested mental health issues were connected to the release, and claimed Martin’s comments were insensitive to his situation.

“The fact is the man is trivialising mental health issues by making such comments when he knows nothing about the circumstances surrounding my release,” he wrote.