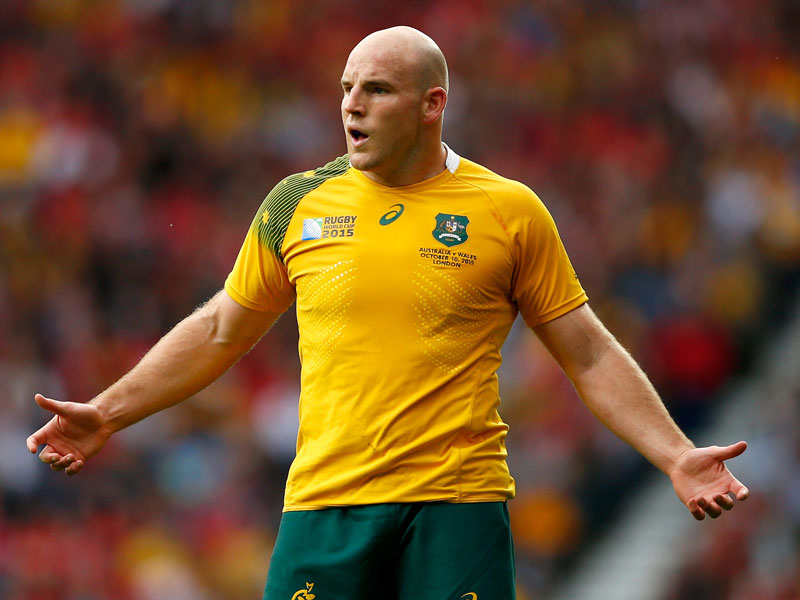 The rare occasion of having two players becoming Test centurions in the same match will be dwarfed by the importance of securing safe passage to the Rugby World Cup semi-finals, the Wallabies insist.

Australia have been historically dominant against quarter-final opponents Scotland, and enjoyed a 16-Test winning streak between 1984 and 2006.

But many of the current group have bad memories of clashes with the Scots.

Captain Stephen Moore has only broken even with two wins and two losses against them over a 10-year international career, while vice-captain Michael Hooper’s first thoughts on Scotland drift to his Test debut.

Hooper started from the bench that night in Newcastle as Scotland five-eighth Greig Laidlaw kicked a late penalty to secure a 9-6 victory in some of the worst conditions imaginable for Test rugby – signalling an embarrassing low of the Robbie Deans’ era for the Wallabies.

“(They were) the worst weather conditions ever, definitely, anywhere in the world, (and it was) just out of Sydney,” Hooper recalled.

“You wouldn’t have believed it but it was my debut and it’s something I won’t forget.”

Australia took the field after an absurdly short preparation, having had just one training session squeezed in between the end of the Super Rugby round and their Tuesday night clash with Scotland.

“It was a whirlwind,” Hooper said.

“I remember that night, absolutely devastating and probably shouldn’t have happened.”

Australia will take added motivation into this weekend’s showdown at Twickenham, with both Moore and veteran centre Matt Giteau set to notch their 100th Tests.

Hooper said it would be an honour to run out with the pair on such a special occasion, but insisted the importance of a World Cup quarter-final would overshadow personal milestones.

“The main focus is winning the quarter-final and those guys will be the first to tell you that,” Hooper said.

“But I’ve been part of (Adam Ashley-Cooper’s) 100 milestone and to get two guys doing it in the same week will be really exciting.”

Despite a demanding tournament to date, which included escaping undefeated from the “pool of death”, Hooper was confident the Wallabies had not only tricks up their sleeve but also energy in reserve.

That will be welcome news to coach Michael Cheika, who was disappointed with Australia’s attack in the victory over Wales, while understandably impressed with their defensive performance.

Cheika put much of that down to the Welsh tactic of trying to kill the ball at the breakdown, denying Australia clean, quick ball in the process.

“Like we’ve done the whole time, we’re trying to be slightly introverted in ourselves and play our game, see if we can make the opposition react and play accordingly to that,” Cheika said.

“We weren’t able to do that against Wales.

“…Every time we got into a ruck situation, (Wales) were getting penalised.

“So it stunts your attack and our lineout was accurate but it wasn’t clean so we weren’t getting the crisp ball that we would have liked to launch the attack.”