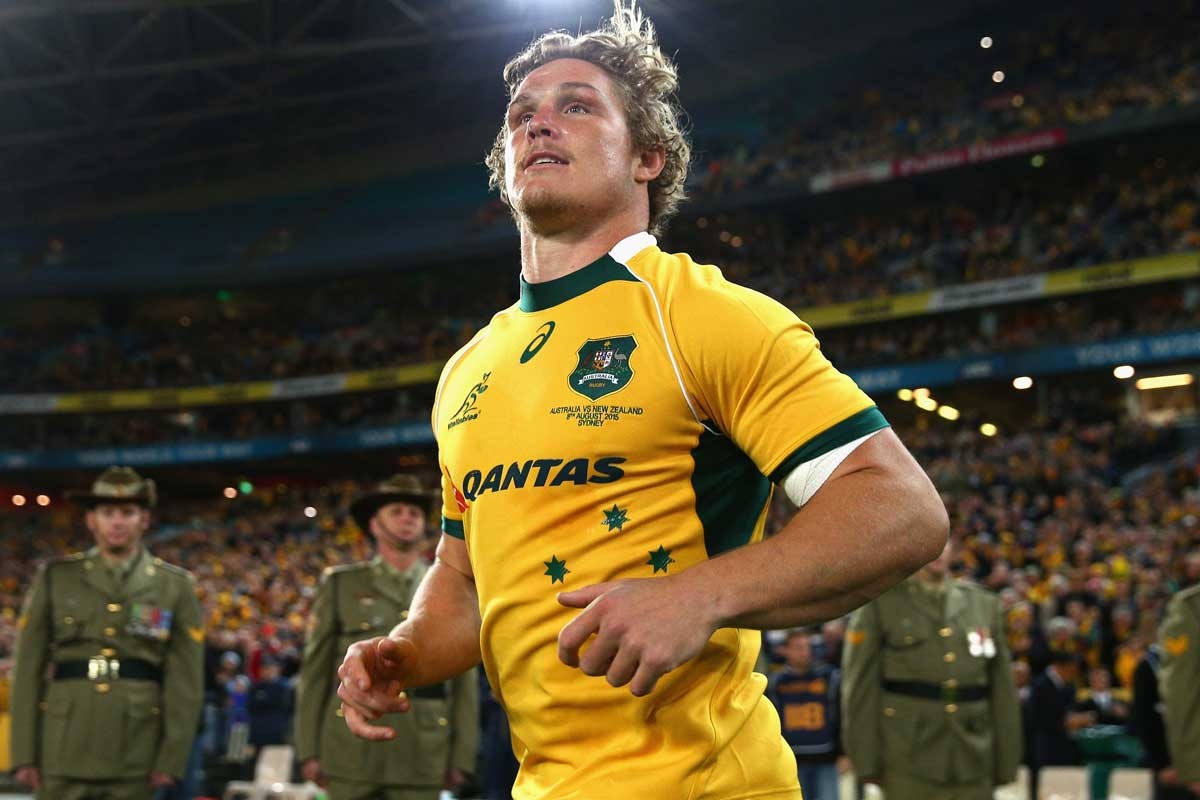 Despite facing the very real prospect of having their superstar back-row being broken up before the World Cup knock-out stages, the Wallabies have complete faith in their understudies to continue their fine work.

Vice-captain Michael Hooper is in danger of being rubbed out for Australia’s final pool match against Wales this Saturday (Sunday AEDT) after being cited for a dangerous clearout on England’s Mike Brown over the weekend.

While losing the hard-tackling and hard-working Hooper would be a serious blow to Australia’s hopes of topping Pool A, more worryingly a guilty verdict on Tuesday (likely Wednesday morning AEDT) would also rule Hooper out of the Wallabies’ quarter-final against the runner-up from Pool B, likely to be either Japan or Scotland.

And should his actions be deemed more serious, there is scope for a mid-range ban to reach five weeks – a nightmare result which would end his tournament instantly.

Hooper produced one of his finest performances on the international stage at Twickenham on Saturday, routinely driving England ball-runners backwards in a powerful display, and his combination with David Pocock gives Australia arguably the most effective back-row combination at the tournament.

But the Wallabies believe they have the depth to cover should they lose any of their stars, and Wales are in complete agreement.

In tyro Sean McMahon and the tough-as-teak Ben McCalman the Wallabies have two ready-made replacements, both of whom have Wales feeling edgy already.

“Not being disrespectful to Hooper, because he has obviously been fantastic, but if you look at the capabilities of the other squad members, they have got a wealth of experience there they can call on,” said Wales forward coach Robin McBryde.

“So I don’t think that will take too much away from their performance.

“Hooper is the one that tends to fly out, and Pocock is on his shoulder ready to pounce on the ball when it’s available.”

Privately the Wallabies are disappointed by the citing and fear Hooper faces an uphill battle to clear his name.

Wallabies skipper Stephen Moore said he was hoping for the best outcome from Hooper’s trial, but said the balance of the squad ensured there was depth to cover any potential outcome.

“That’s why picking your squad is so important,” Moore said on Monday.

“I know when selectors picked the squad they would’ve gone through every scenario of guys being injured, suspended, coming in and out of the squad.”

Should Hooper cop a two-game suspension, Cheika would be forced into a reshuffle which could result in Pocock moving back to his preferred No.7 jersey.

The 27-year-old has produced a string of standout performances since being shifted to No.8 to accomodate both he and Hooper in the same starting backrow – which has delivered outstanding results on the field.

With Pocock at openside flanker, and Scott Fardy retaining his spot at No.6, Cheika could call on the 192cm McCalman to pack in at the back of the scrum.

Alternately, a straight swap of the 21-year-old McMahon in for Hooper would cause the least disruption – and Moore insisted he’d be ready to go if called on.

“I think every chance he’s got to play for Australia so far he’s been outstanding,” he said.

“He’s been man of the match a couple of times. He’s a quality player and he’s shown that for the Rebels.

“And at training he’s just been terrific, really ripping in every training. He’s ready to go if he’s needed.”