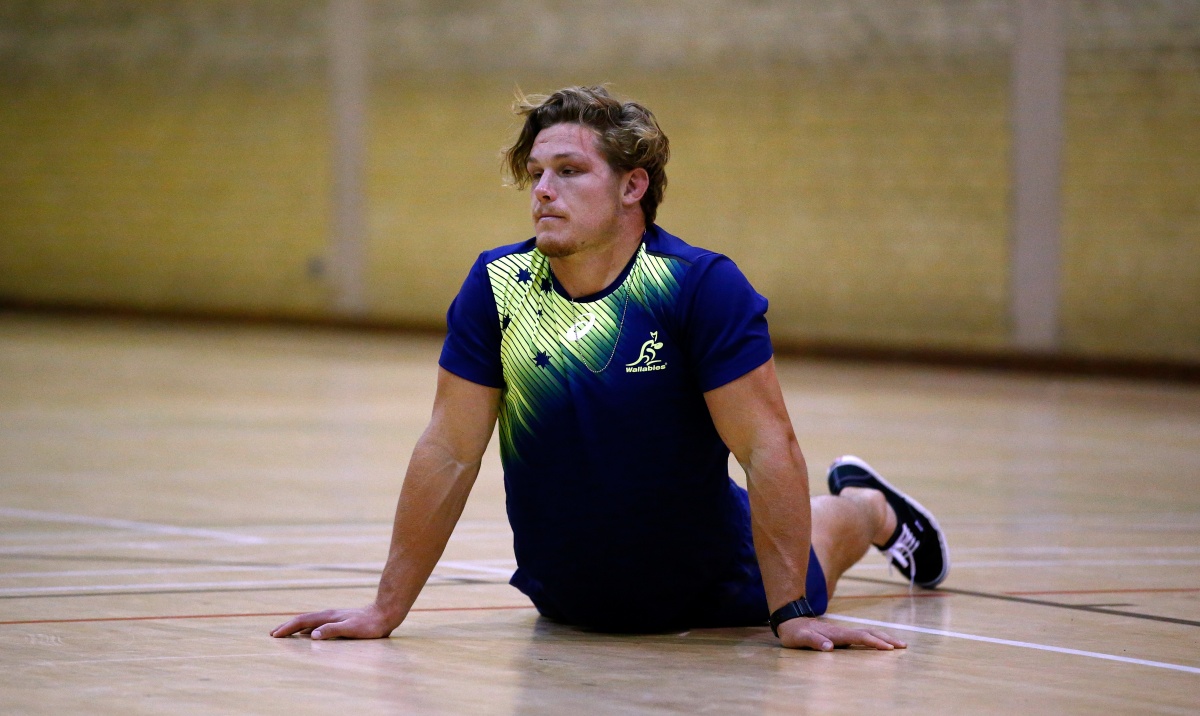 The Wallabies could be without vice-captain Michael Hooper for the crunch Rugby World Cup match with Wales after the key forward was cited for alleged foul play in Saturday’s victory over England.

The flanker was cited over an incident late in the first half of the 33-13 belting at Twickenham, where he cleared out England fullback Mike Brown in the ruck, World Rugby announced on Monday.

He has been cited for allegedly “charging into the ruck or maul without use of the arms or grasping the player”.

Hooper, who was penalised but not yellow-carded for the incident, faces a hearing in London on Tuesday.

If found guilty, he will miss the Wales clash on Saturday (Sunday AEDT), which will decide top spot in Pool A.

Hooper has formed a sensational backrow combination with fellow openside flanker David Pocock, who has been shifted to No.8, and rugged No.6 Scott Fardy.

Prior to the citing, Wallabies coach Michael Cheika was confident there would be no action.

“At best he got penalised. They made the call there,” Cheika said on Sunday.

Cheika will have several options to call on should Hooper become unavailable – with tyro Sean McMahon and Ben McCalman both in fine form.

McCalman won a spot on Cheika’s bench in the thrashing of England ahead of McMahon, who was named man of the match in Australia’s rout of Uruguay earlier in the tournament.

McMahon is considered one of the rising stars of the Australian game and his aggressive running was a feature of the Wallabies’ Uruguay thrashing.

It is known Cheika is a massive fan of the 21-year-old Rebels star, but as an openside flanker stuck behind Pocock and Hooper there have been few opportunities to force his way into the starting lineup.

“We’ve got some pretty influential players in those (backrow) positions, but as long as he’s there rattling their cage that will keep them honest and that will keep him honest as well going forward,” Cheika said after McMahon’s two-try performance against Uruguay.

“I was very pleased and proud of his performance because he knows those guys are there and he’s just got to keep taking it to them.”