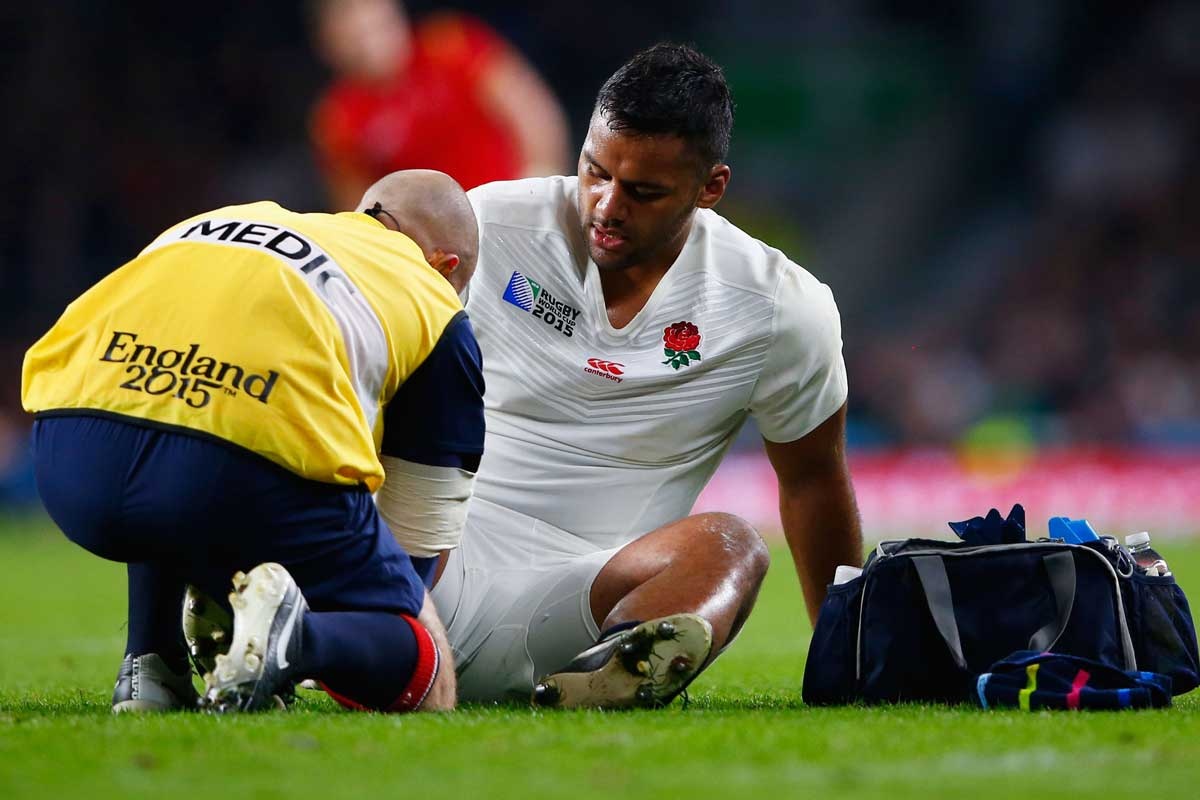 England have turned on themselves ahead of Saturday’s win-at-all-costs showdown with the Wallabies – with former captain Will Carling saying a “panicked” outfit is being treated like schoolchildren under coach Stuart Lancaster.

Amidst the infighting, England has now suffered the enormous loss of 126kg back-rower Billy Vunipola for the remainder of the World Cup.

The 22-year-old suffered a knee injury in Saturday’s stunning Wales defeat, which has rocked the host nation’s World Cup campaign.

• Cheika: Wallabies need to lift for England clash
• Cheika not worried about failure to get bonus point

“It’s so unfortunate for Billy, but the scan shows an injury which means he can’t take any further part in the World Cup,” Lancaster said.

Vunipola has been replaced in the squad by 37-year-old Nick Easter, who has been on the sidelines for much of the tournament to date – but as a TV analyst.

Serious concerns also remain over the fitness of lock Courtney Lawes and halfback Ben Youngs (ankle), while centre Jonathan Joseph (chest) and No.8 Ben Morgan (knee) are also no guarantee to return.

Pressure is mounting for England ahead of Saturday’s Twickenham clash, where a loss would consign them to an embarrassing pool-stage exit in their own tournament.

And the knives are coming out following Saturday’s shock 28-25 loss to Wales, with captain Chris Robshaw condemned for opting for an attacking line-out in the final moments rather than taking a penalty goal that would’ve levelled the scores.

“I got the sense that England were panicking. I don’t blame Chris as much as I blame others. I blame the environment,” Carling, a veteran of 72 caps, told English radio.

“We have a very prescriptive environment in the England team.

“I’ve listened to Stuart Lancaster say for years that ‘I don’t have the leaders and therefore we’re having to make all the decisions as coaches’.”

Carling had harsh words for Lancaster, a former school teacher.

“My view is that he has had leaders and that he needed to have trusted them and develop them.

“What we watched in the last 10 minutes was a confused debate between people who have never been given responsibility to lead and drive the team.

“Instead, we’ve treated them as schoolboys.”

Cheika and his team opened the papers on Monday expecting to be met with headlines about Saturday’s vital Pool A match with England, but were caught off guard by what they saw.

The Sun newspaper reported that a photographer had been spotted, and removed, from a closed session at the the Wallabies’ training base at Bath University last week.

“There’s a long list of people who have seen people with a camera here or there over here.

“It is what it is. I’m not worried about it, but I heard about it and we’ve got to have a bit of a laugh.”