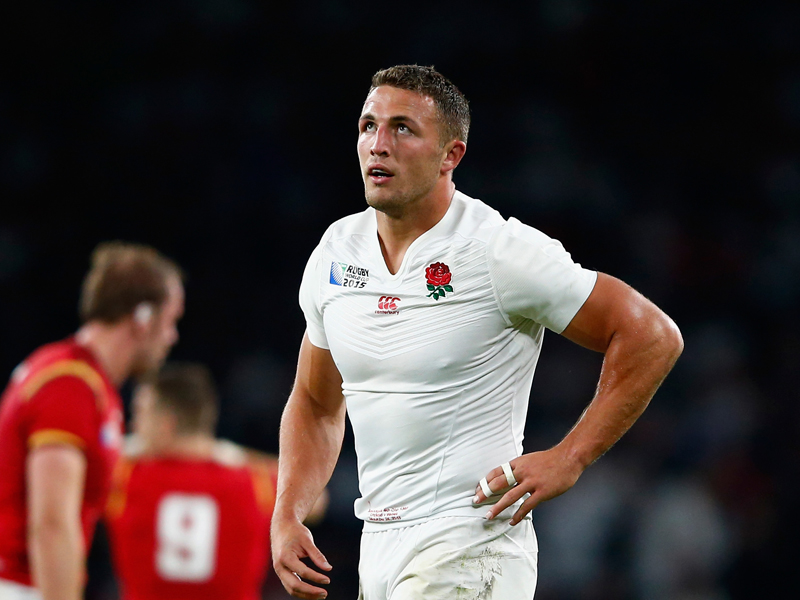 Defeated England coach Stuart Lancaster tried to rally his side ahead of next weekend’s do-or-die Rugby World Cup clash against Australia after the shattering ‘Pool of Death’ loss to Wales at Twickenham.

France lost two pool matches before reaching the 2011 World Cup final while, four years earlier, England were thrashed 36-0 by South Africa in the group stage only to reach the final, where they were again beaten by the Springboks.

But, realistically, England now have to beat two-time world champions Australia if they are to have any hope of avoiding an early exit.

“There is absolutely no doubt this is knockout rugby but teams in the past have lost pool games and gone on to the final,” said Lancaster.

“I said to the boys everything now has to go into beating Australia,” added the coach, who will now be under huge pressure himself – especially as Lancaster was handed a contract extension prior to the World Cup.

Owen Farrell, England’s fly-half, kicked 20 points with Jonny May’s try giving the hosts the edge until Wales scrum-half Gareth Davies went over nine minutes from time for a converted effort that tied the score at 25-25.

England had a chance to level the match late on but skipper Chris Robshaw opted for an attacking line-out in the hope of a match-winning try only for Wales to defend the catch and drive.

Meanwhile Lancaster, having taken the controversial decision to start rugby league convert Sam Burgess, saw the Bath star perform well in midfield only to take him off late on when it seemed the team were still in need of his physical power in both attack and defence.

“Well done to Wales,” said Lancaster. “It was a great game of rugby with two very competitive sides.

“We are absolutely devastated to lose having been in a positive place where we played so well.

“Unfortunately we gave away some penalties and Dan Biggar is a world-class kicker.”

Robshaw, previously criticised for tactical naivety, put himself in the firing line again by opting for a line-out rather than letting Farrell try to tie the match.

Lancaster, who made the Harlequins flanker his captain on taking over as England coach in 2012, said: “It was a big call. If you go there you have got to nail it.”

England led 16-9 at the break and Lancaster said: “We were accurate in the first half, we looked threatening in attack and we made good decisions, whether to kick or run.

“In the second half, one defensive decision that we made allowed the line break that resulted in the try.”

Lancaster’s decision to start with Farrell at fly-half and drop regular No.10 George Ford to the bench was arguably even more controversial than his move in promoting Burgess into the 1st XV after Bath centre Jonathan Joseph’s injury in the opening win over Fiji deprived England of midfield guile.

“Sam was part of that (threatening in attack) and Owen Farrell played well,” Lancaster said.

“Overall it’s not about one player, it’s about all 23. Now we have to roll our sleeves up.”

Meanwhile a dejected Robshaw, who had an immense confrontation with Wales counterpart Sam Warburton at the breakdown, said: “Now it is a test of character, a test of who we are as a squad.”