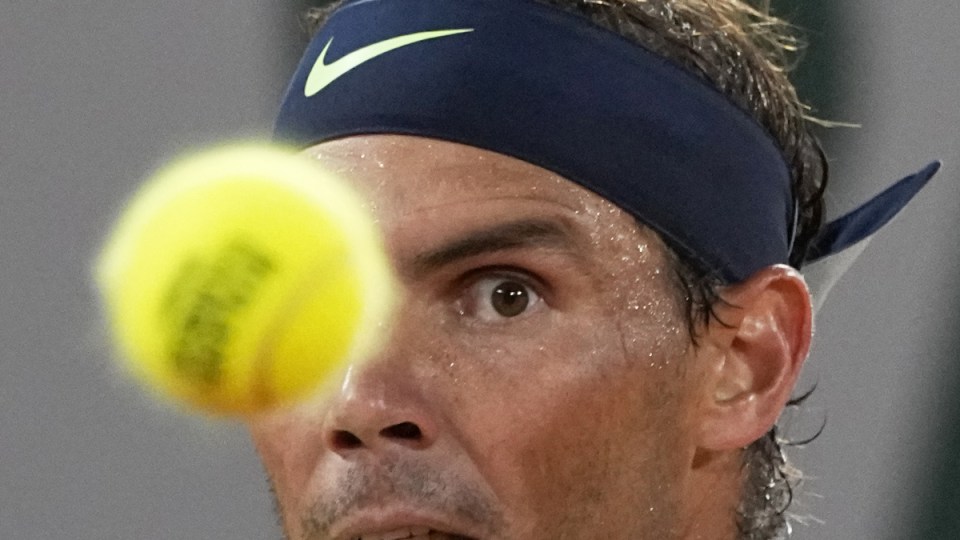 It was precisely two weeks ago that Rafael Nadal declared, with all respect, that “it will be a great Australian Open with or without him”.

But not even Nadal could have imagined just how “great” the ensuing fortnight might be for him personally without Novak Djokovic lining up for yet another Open title defence.

Barely a month after fearing he may not be healthy enough to compete at Melbourne Park, Nadal is one win away from landing an unprecedented 21st men’s grand slam singles crown.

Nadal takes on Russian world No.2 Daniil Medvedev on Sunday night bidding for the record number of majors that most thought Djokovic would be eyeing off before his dramatic deportation from Australia on the eve of the season’s first slam.

After two desperate court battles and a fortnight-long saga that drew worldwide attention, the vaccine-phobic Djokovic’s departure for not having the necessary visa opened the door for Nadal.

After playing just two matches between June and January because of a crippling foot injury aggravated during his devastating French Open finals loss last year to Djokovic, not even the Spaniard dreamed of being in this position.

“We can create histories but the real truth is that two months ago we didn’t know if we will be able to be back on tour at all,” Nadal said after his epic five-set quarter-final victory over Denis Shapovalov on Wednesday.

Taking it in his stride

Little wonder then, though not surprising, that as he prepares for Medvedev, having initially been slated for a potential semi-final with Djokovic, that Nadal isn’t nearly as obsessed with moving one clear of the Serb and fellow tennis titan Roger Federer with a 21st grand slam.

Publicly at least, the 35-year-old former world No.1 said he’s continuing to play for the sheer joy of competing in such an extraordinary golden era.

Nadal insisted it’s an honour to feature in world sport’s most dominate triumvirate come what may.

“I just feel happy to be part of this amazing era of tennis, sharing all these things with another two players,” he said.

“That’s it. In some ways it doesn’t matter if somebody achieve one more or one less (grand slam), no?

“Everyone, we did amazing things and things that will be very difficult to equal.”

More important to Nadal, he said, is winning a second Australian Open crown, after losing four finals since his only triumph in 2009.

That in itself would elevate Nadal in the history books alongside Djokovic, Rod Laver and Roy Emerson as the only man to win all four grand slam events at least twice.

“Of course, if just a few people did this during the whole history of this sport it’s because it’s something very difficult to make it,” said Nadal, who also had to overcome a bout of COVID-19 close to Christmas to make it to Melbourne.

“Yeah, I’m happy that I going to have a chance. But for me, at the end, it’s about, more than all these statistics.

“It’s about be in the final of the Australian Open one more time. That means a lot to me.”

Medvedev aims for two in row

After denying Djokovic a fabled calendar-year grand slam with victory over the world No.1 in last year’s US Open final, Medvedev is striving to become the first man to capture his second career major in successive slams.

Nadal, typically, has full respect for the Russian, knowing the 25-year-old is a vastly different proposition to the opponent he beat in five gruelling sets in the 2019 final at Flushing Meadows.

“If I’m not able to play at my top level, I will be simply no chance,” Nadal said.

“One thing won’t change, I need to play at my highest level.”

Rafael Nadal stands poised at the gates of immortality – if he beats Medvedev, that is