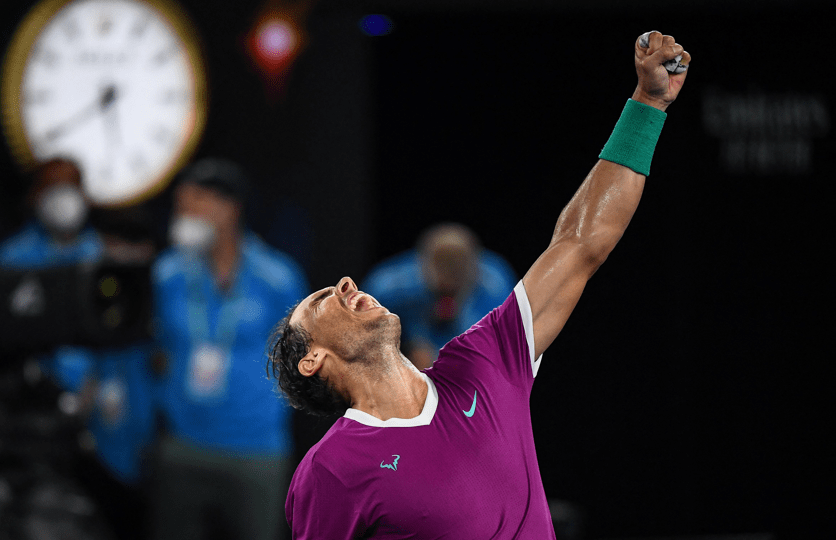 Daniil Medvedev has enhanced his Australian Open pantomime villain status, surviving Stefanos Tsitsipas’s best and his own all-time dummy spit to book a date in the final with Rafael Nadal.

The second seed and tournament favourite won 7-6 (7-5) 4-6 6-4 6-1 in the latest chapter of their spicy four-year rivalry, Medvedev furious as he accused his opponent of getting illegal in-match coaching.

A Wimbledon finalist last year, when he was runner-up to Novak Djokovic, Berrettini was made to look second rate for long periods in Friday’s 6-3 6-2 3-6 6-3 loss on Rod Laver Arena.

He fought back in the third set but was ultimately outworked by the Spanish veteran, who recovered from heat stroke suffered during his epic five-set quarter-final win over Dennis Shapovalov.

But the night’s most memorable moment came later, after Medvedev served two double faults to be broken late in a second set he lost, the Russian launched a vicious tirade at chair umpire Jaume Campistol.

Adamant that Tsitsipas’s coach and father Apostolos was illegally coaching, he screamed at Campistol, asking if he was “mad” and “stupid” before arguably delivering the line of the tournament.

After the outburst officials were planted under the Tsitsipas coaching box in an effort to catch them in the act and a warning was given early in the fourth set.

That code violation drew a laugh from Tsitsipas, who had the crowd in his pocket as Medvedev again dealt with the noise in between serves that he ignored against Nick Kyrgios in the second round.

But it was also a huge turning point, Medvedev winning every game that followed to run away with the victory in two-and-a-half hours.

Earlier, Medvedev crucially held serve from 15-40 down to begin the third set, somehow cooling down and then pouncing for the decisive break to scoop the third set.

He then ran away with the fourth set, having won the first set tie-break from 4-1 down after only dropping one point on serve in his first six games.

Beaten by the Russian at the same stage in Melbourne last year, Tsitsipas produced sublime power from both wings and raided the net with success.

But Medvedev’s dominant serve was impenetrable and he found the answers from the baseline to fend off the challenge.

While Nadal will shoot to become the first man to win 21 major titles, US Open champion Medvedev can make history of his own.

A win on Sunday would see him become the first in the 55-season Open era to win his second major title in his next grand slam appearance.