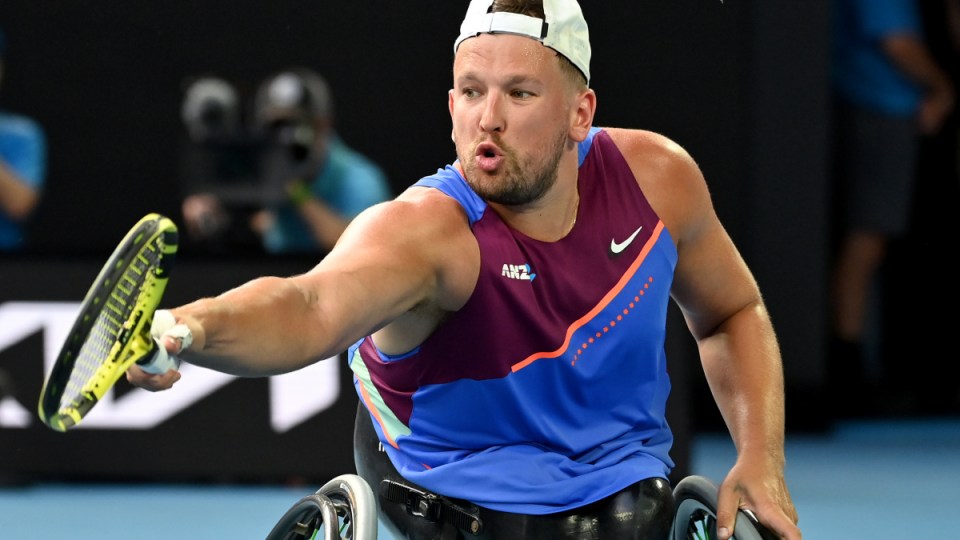 Dylan Alcott’s farewell party has been spoiled with the wheelchair tennis legend bowing out of the sport with a defeat in the Australian Open final.

After a whirlwind 48 hours, the 2022 Australian of the Year was upset by Dutch second seed Sam Schroder in Thursday’s quad decider at Rod Laver Arena.

After all the accolades and applause of recent days, Alcott fought hard but could not withstand an irresistible second-set charge from Schroder, losing 7-5 6-0.

The 31-year-old admitted before the match he was “fried” after rushing to Canberra on Tuesday night directly following his semi-final win, soaking in the honour that came his way, and preparing for what he said was his “last dance”.

Schroder worked Alcott all the way around the court, forcing the homegrown hero into making 31 unforced errors.

Alcott received an unbelievable level of support in the stands, with last year’s Australian of the Year Grace Tame watching on.

But what would have pleased Alcott most was the number of disabled children who were able to turn out for the final.

Alcott heads off into retirement and his new role as AOTY with 15 grand slam titles.

He completed an unprecedented golden slam last year, winning all four majors as well as the Tokyo Paralympics event.