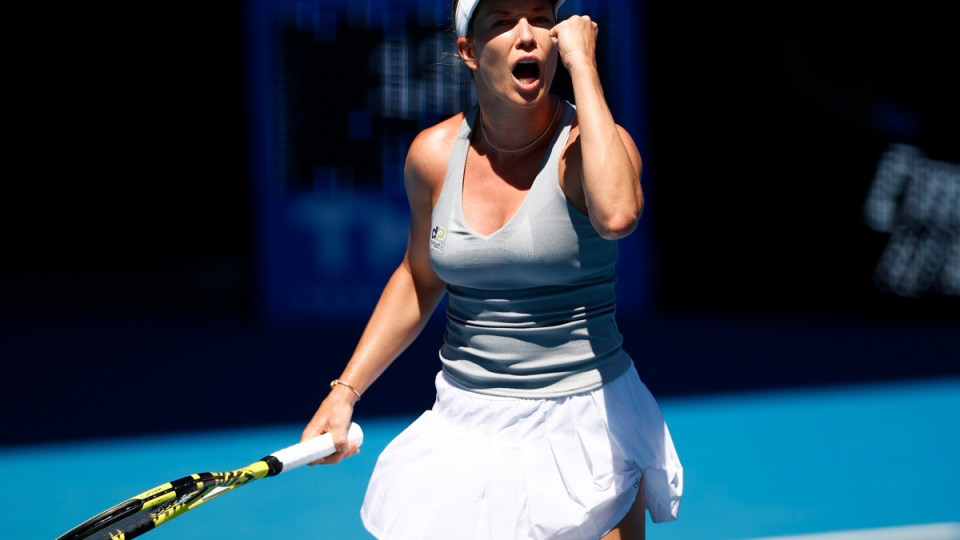 American Danielle Collins is through to the Australian Open semi-finals after beating Alize Cornet. Photo: Getty

Danielle Collins is back in the Australian Open semi-finals after a ruthless straight-sets victory over French veteran Alize Cornet.

The pair went toe to toe in the opening set before the American lifted a gear in the second to sweep through the match 7-5 6-1.

Collins, the 30th seed, made the final four at Melbourne Park in 2019 which is her best grand slam result.

She is the second American into this year’s last four, joining Madison Keys.

The 28-year-old will face either Poland’s Iga Swiatek or Kaia Kanepi of Estonia in the semi-finals, with their match next on Rod Laver Arena.

Collins underwent surgery last year to treat endometriosis, with the condition leaving her in harrowing pain during tournaments last year.

“It feels incredible, especially after some of the health challenges I’ve had,” Collins said in her post-match interview.

“To be able to get back to this level and be able to compete like the way I have been and being able to be as physical as I haven’t been so rewarding.”

It may have been Cornet’s last Australian Open singles appearance with the 32-year-old contemplating retirement.