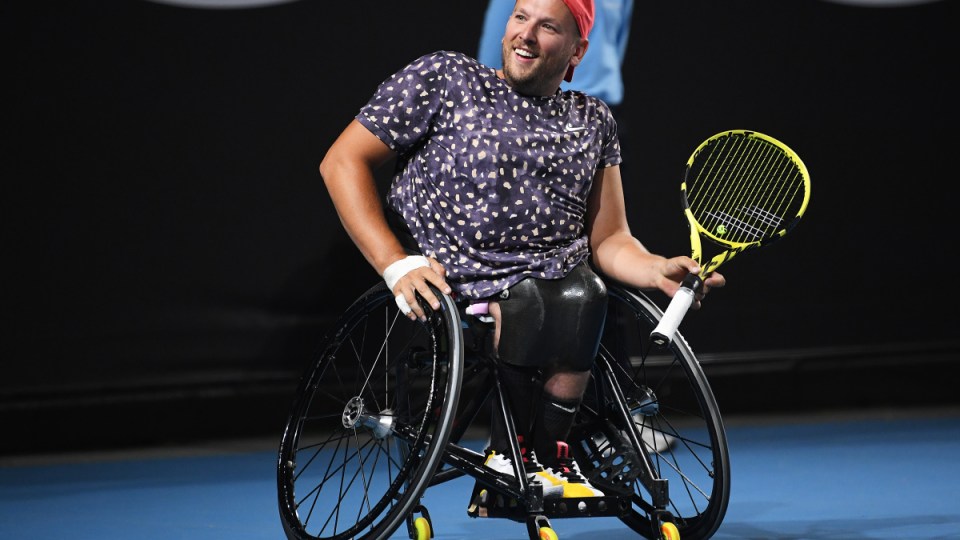 Crowd capacity at the Australian Open will be increased to 65 per cent, with organisers hopeful of drawing a record crowd to watch Dylan Alcott’s wheelchair final on Thursday.

Gunning for an eighth Australian Open wheelchair title in his last tournament before retiring, Alcott takes on second-seeded Dutchman Sam Schroder in the final.

The “Special Ks”, who have proved a crowd favourite, will be in action before Alcott’s match.

“Anyone coming on site tomorrow with a grounds pass can get into Rod Laver Arena … we want to make Dylan’s match the most watched wheelchair match in the history of the game,” Tiley told Channel Nine on Wednesday.