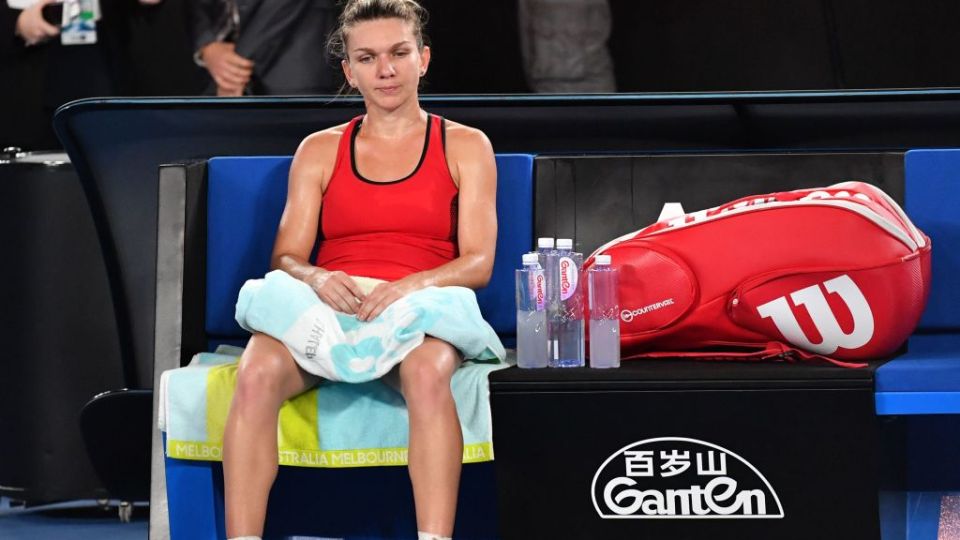 Simona Halep watched 2021's Open from the sidelines after a first-round defeat at the hands of Ash Barty. This year she is out for revenge. Photo: Getty

The stars are aligning for Simona Halep with the former Melbourne Park finalist cruising into the round of 16 as the Australian Open draw opens up in front of her.

Halep made light work of Danka Kovinic in her third-round clash at John Cain Arena, thrashing the Montenegrin 6-2 6-1 to reach the second week for a fifth consecutive year.

After an injury-ravaged 2021, Halep kicked off her Australian summer in style, triumphing in the Melbourne Summer Set and is yet to drop a set in her three matches at the Open.

“I feel like I played great. She was a little bit tired, she had a tough match before me,” she said.

“But it’s always a big challenge to play on this court and to give the best. So I’m really pleased with the way I played and looking forward to the next round.

Halep fought through a fierce start from Kovinic to power through the opening set in 29 minutes and take the match by the scruff of the neck, with the world No.98 having no answers to her thumping forehand.

The former world No.1 went one better in the second set, holding all her service games to wrap up the match.

It brought to an end an otherwise successful tournament for Kovinic, who earlier knocked out US Open Champion Emma Raducanu to reach the third round of a slam for the first time.

In the process, she vanquished memories of last year’s 6-0 6-0 first-round loss to Ash Barty.

Scott Morrison’s epic decline and fall will be his place in history
Ash Barty had Osaka in her sights, but now it’s Amanda Anisimova she must beat
Today's Stories