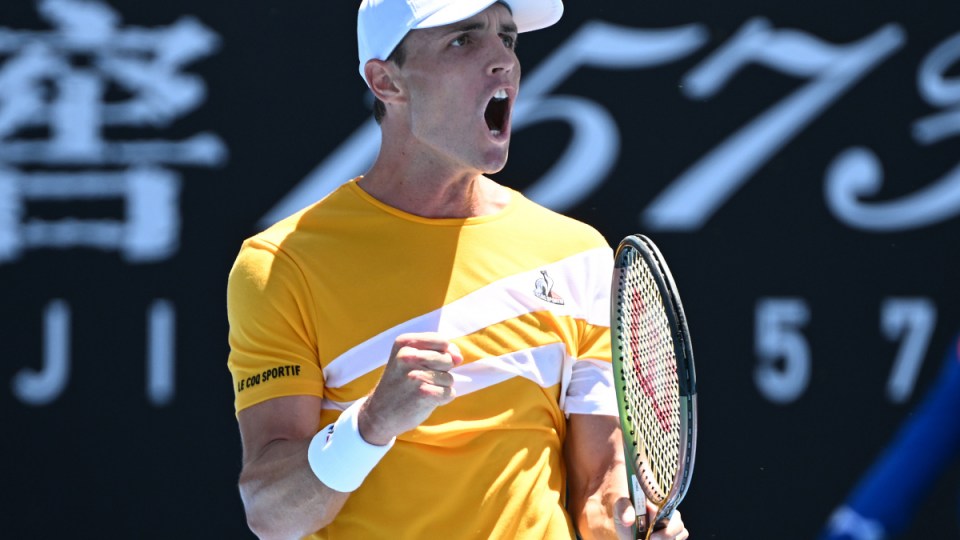 Chris O'Connell has claimed the biggest win of his career by ousting No.13 seed Diego Schwarztman. Photo: AAP

Local wildcard Chris O’Connell has sent No.13 seed Diego Schwartzman crashing out of the Australian Open to advance to the third round at a grand slam for the first time.

After claiming a marathon opening set in a tiebreak, the late-blooming O’Connell continued to play the big points better against the Argentinian counter-puncher.

O’Connell wrapped up the upset victory 7-6 (8-6) 6-4 6-4 in three hours and seven minutes to set up a round-of-32 clash against American Maxime Cressy.

Schwartzman had reached the third round at Melbourne Park in each of the past four years and had never before lost at a grand slam to a player ranked as low as O’Connell, the world No.175.

But the Australian underdog was roared home to victory by a raucous home crowd on Court 3.

Jordan Peele is Hollywood’s most inventive horror voice. It’s a shame Nope is a backward step
Top seeds tumble out of the Australian Open
Today's Stories