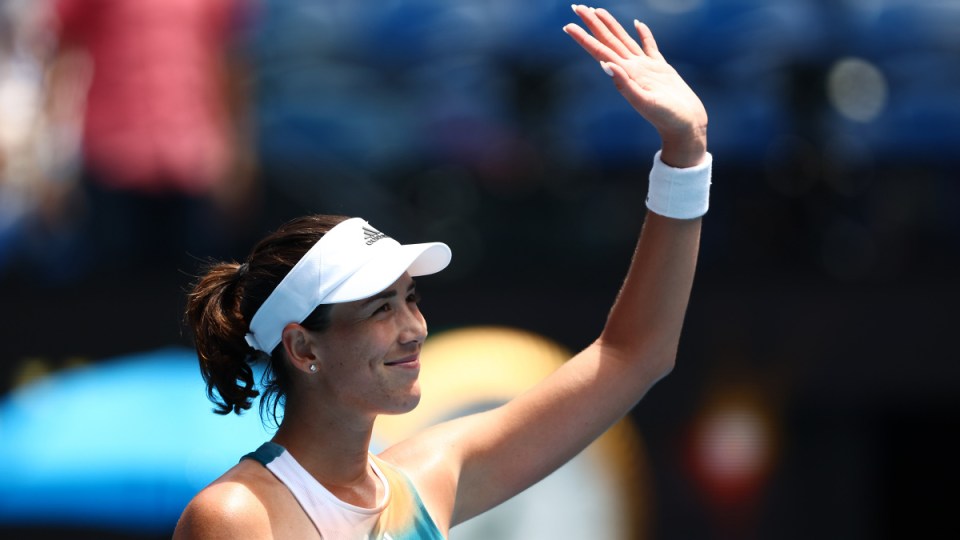 Garbine Muguruza has advanced to the second round of the Australian Open by beating Clara Burel. Photo: Getty

Spaniard Garbine Muguruza has stretched her Australian Open round one win streak to 10 by comfortably getting past Clara Burel on Rod Laver Arena.

World No.3 Muguruza has never lost in the opening round at Melbourne Park and in 2020 carried that form right through to the final before she fell to American Sofia Kenin.

She was a quarter-finalist in 2017 while last year she lost in three sets to eventual champion Naomi Osaka in the fourth round.

Muguruza also comes into the tournament having captured the WTA Finals title in Guadalajara to end the year ranked third, which was her highest ranking since July 2018

While the scoreline appeared one-sided, Muguruza didn’t have it all her own way against the 20-year-old Burel.

She was unable to serve out the match at 5-3 in the second set but hit back immediately to wrap up the victory soon after.

Former world No.1 Muguruza took advantage of Badel’s shaky serve and was able to break again to advance.

She said she was aware of her blemish-free round one record.

“I know and I’m so motivated here, especially the early rounds when you’re nervous and you want to get through these matches,” Muguruza said in her on-court interview.

“I’m very happy that I could manage to finish now 6-4 in the second set.”

Muguruza will next face another French player in veteran Alize Cornet, who accounted for Bulgarian Viktoriya Tomova 6-3 6-3.