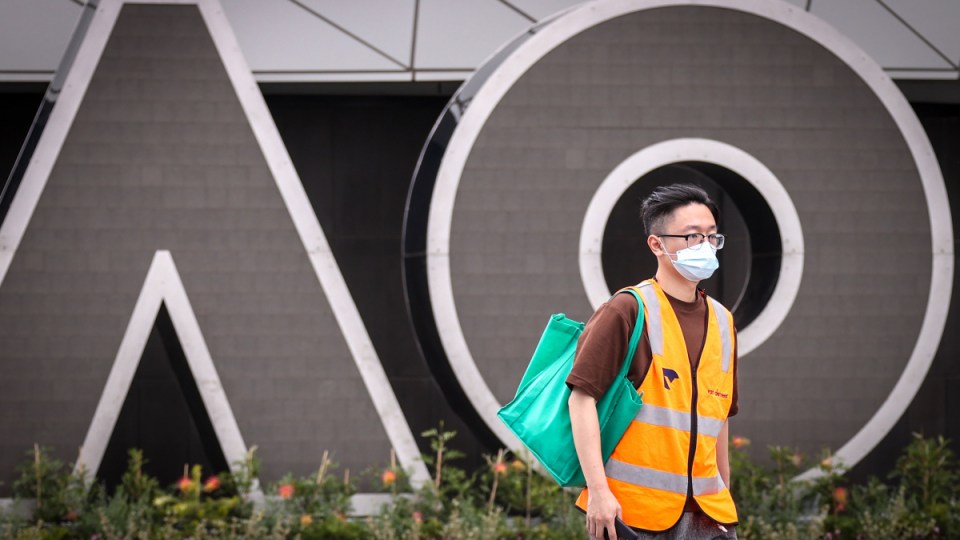 Thursday’s matches at Australian Open warm-up events at Melbourne Park have been cancelled after a hotel quarantine worker tested positive for COVID-19.

Up to 600 players and support staff connected to the season’s first grand slam will have to isolate until they have been tested after a worker at the Grand Hyatt Hotel in Melbourne, who had worked his last shift last Friday, returned a positive result on Wednesday.

“We will work with everyone involved to facilitate testing as quickly as possible,” Tennis Australia, organisers of the February 8-21 event, said.

“There will be no matches at Melbourne Park on Thursday. An update on the schedule for Friday will be announced later today.”

“There’s a number of – about 500 or 600 people – that are either players and officials and others who are casual contacts,” Victorian Premier Daniel Andrews said on Wednesday.

“They will be isolating until they get a negative test. And that work will be done tomorrow (Thursday).

“At this stage, there’s no impact to the tournament proper.”

It was not immediately clear which players could have come in contact with the worker.

Mr Andrews rejected suggestions it was the worst-case scenario for the Open and said the first grand slam of 2021 would go ahead.

“I wouldn’t describe it in those terms,” he said.

“We’ve got one case. We’re going to work very hard to keep numbers as low as we possibly can.

“Decisions have been made, and we’ll proceed as we can.”

The infected man last worked at the Grand Hyatt on January 29. He had a nasal test at the end of that shift, returning a negative test result at that time but he subsequently showed symptoms and returned a positive test on Wednesday.

As well as the former quarantine worker, another infection in the state’s hotel was confirmed on Wednesday. It was a woman who is believed to have caught the virus while in quarantine at Melbourne’s Park Royal Hotel.

The lead-up to the Open had already been thrown into chaos when four COVID infections were detected from charter flights carrying tennis players, coaches and officials to Melbourne almost three weeks ago.

Some 72 players were forced to quarantine for two weeks. That process went relatively smoothly until Wednesday’s positive test.

While there’d been complaints from some players about the conditions and enforced quarantine, Nick Kyrgios was having none of it.

Before the announcement from Mr Andrews on Wednesday, Kyrgios said there’d be no complaints from him if he was forced into a two-week lockdown somewhere else in 2021.

“It’s not about me. My mum is incredibly sick,” Kyrgios said.

“There’s too much risk in all of this.

Elsewhere, Victoria reintroduced rules to make masks mandatory indoors from Thursday. Caps on gatherings in private homes have also been cut and a planned return to offices next week has been paused.

There were also early reports of lengthy queues at testing centres across Melbourne as thousands turned out to get tested for COVID.