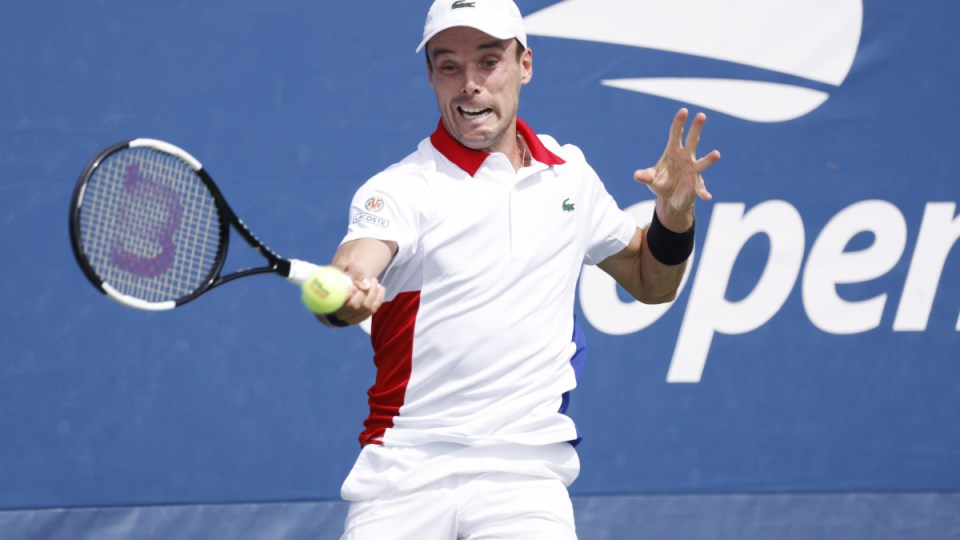 Ten positive COVID-19 tests have now been recorded among people who have flown to Melbourne for the Australian Open tennis tournament, including two players whose results were confirmed today.

Victoria’s Police Minister, Lisa Neville, said one of those new cases was a player who is in hard lockdown, and authorities believe their infection is not active, but shedding.

Ms Neville said another player and one of their support team have also tested positive and are unable to train until authorities can determine the status of their infections.

Asked about footage shared by Kazakh tennis player Yulia Putintseva of a mouse in her hotel room, the minister replied: “I think there may have been some feeding going on”.

“I just encourage them to minimise interaction with the mice, we will keep doing pest control if we need to,” Ms Neville said.

Spanish world No.13 Roberto Bautista Agut had earlier apologised for comparing his quarantine hotel room to “prison”, insisting that a private conversation had been taken out of context.

The world No.13 had joined a growing list of players to complain about the Victorian government’s handling of Australian Open quarantine requirements, before walking back his criticisms.

An Israeli news channel had earlier published an interview in which the Spaniard said the lockdown saga was a “complete disaster”.

The 32-year-old made his subsequent apology late on Tuesday “to everyone who was been offended by the video about me”.

Australian Open boss Craig Tiley has since hit back at complaints over the tournament’s quarantine arrangements.

“Every player coming to Australia was aware there was always going to be a risk that if they tested positive, or if they were in a cohort or in a plane that was possible that a close contact, it would be determined they would have to remain in a hard lockdown until such time, like every Australian coming home completed their 14 days, so there was a risk for everyone,” he told Sunrise.

Bautista Agut’s backdown comes after a number of players suffered a stinging backlash to their complaints about their living conditions.

France’s Alize Cornet even went to the extent of deleting her “tactless” weekend complaints and replacing them with an apology and acknowledgement of what Victorians went through in lockdown.

A Spanish tennis website reported that Djokovic wrote to Tennis Australia boss with a list of “demands”, asking for reduced isolation periods and having players moved to “private houses with tennis courts”.

Kyrgios criticised Djokovic repeatedly in 2020 for organising the Adria Tour exhibition event in the Balkans, where multiple players including the top-ranked Serbian contracted the virus.

“Djokovic is a tool,” Kyrgios, ranked 47th in the world, wrote on Twitter.

Djokovic, who opted to rent a private house instead of staying at a hotel during the 2020 US Open, is among top players who are serving their mandatory quarantine in Adelaide before travelling to Melbourne for the year’s first grand slam.

Tiley has confirmed there are six cases of COVID-19 associated with the tournament.

“We’ve had over 3200 tests, and of those tests, there are six active cases that are in the hotel,” Mr Tiley said.

Organisers are reportedly holding conference calls every night with the 72 tennis players in hard lockdown to discuss how they are going and ensure they are coping.

While a number of players who are in their sixth day of quarantine continue to complain about being locked up in quarantine unable to leave their rooms to train, some are more relaxed about the situation.

Stan Wawrinka, a former winner of the tournament, is happy to observe the rules, writing how he is ‘happy to be here’.

Mr Tiley says the tournament organisers are attempting to keep the players as informed as possible.

“We have a (a conference call) every night, we talk to the 72 players that are unfortunately in lockdown and trying to do all we can to make it as best the situation as possible” Mr Tiley said.

“This loss we discussed, the schedule, this is a massive logistical exercise, it has its challenges, but nothing we haven’t been expecting.”

A resident living next door to a quarantine hotel housing Australian Open players and staff says used PPE is being blown into her apartment foyer.

The woman told the ABC she lives next door to the View hotel on St Kilda Rd and was concerned to see biohazard bins overflowing with personal protective equipment at the weekend.

She said windy weather had blown used face masks and gloves across to her apartment block.

“Prior to witnessing the rubbish all throughout our street, I trusted that the right processes and protocols were being in place. Since then I’ve been a bit worried,” Sarah, who did not give her surname, told ABC Radio Melbourne on Wednesday.

“If something quite basic like rubbish is not really being managed efficiently, or sort of dealt with any kind of urgency, that there might be other measures that aren’t really being taken seriously.”

Sarah said she had contacted COVID-19 Quarantine Victoria, the hotel and Tennis Australia, but had not received a reply.

A COVID-19 Quarantine Victoria spokeswoman said biohazard bins are stored and collected from the secure basement car park of the hotel with “no public access”.

“This measure ensures the bins are safely collected within a secure environment to reduce any risk to public health,” she said.

“We are reviewing CCTV of the street to find the source of the discarded PPE and will take any appropriate action necessary.”

‘Emotional’ Kyrgios breaks three-year drought
Bid for aged-care pay rise to be revealed
Fuel efficiency rules next hurdle for govt
Mike Tyson slams Hulu as ‘slave master’ for stealing his life story
Elliott, Kean battle to be NSW Libs deputy
Israel and Palestine agree on Gaza truce after deadly clashes
Australian Open 2021: Why the show must go on despite the controversy
Today's Stories