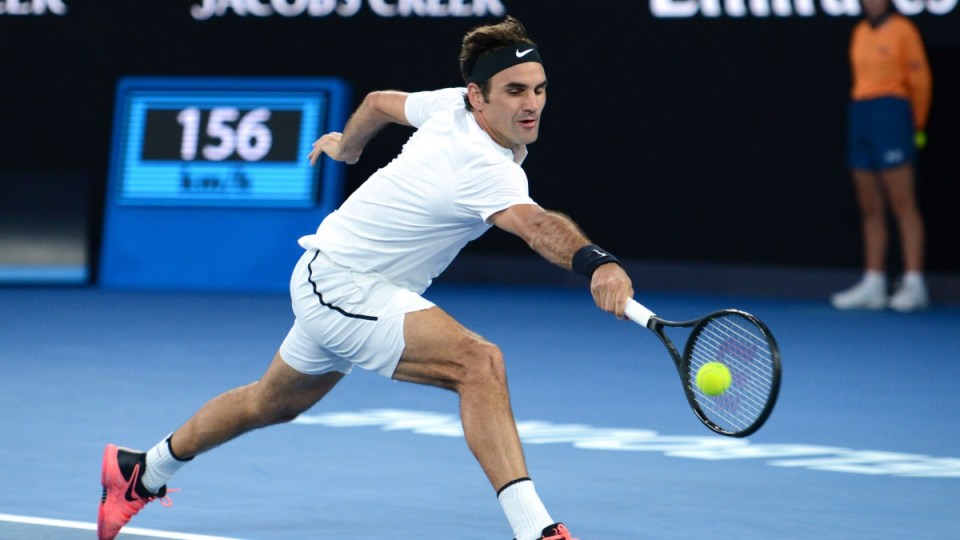 Roger Federer outlasted Marin Cilic in five enthralling sets to win the Australian Open and his 20th grand slam title before breaking down in a trademark flood of post-victory tears.

And Federer’s uncontrollable blubbering during the post-match presentation conjured up a moment possibly more magical than the Swiss maestro’s 6-2 6-7 (5-7) 6-3 3-6 6-1 triumph, as the capacity Melbourne Park crowd, realising he could no longer speak, burst into a minute-and-a-half of applause and cheers that seemed like it went for five.

The beauty in this moment was the lack of interruption, such a rarity in 21st century life, and its simplicity, as adoring fans paid their respects to Federer for achieving yet another slice of history.

The longer it went, the louder the cheers got, and the more special it became, as even Rod Laver, the tennis legend who centre court at the Open is named after, went scrambling for his phone to record a keepsake.

When asked about it by The New Daily, Federer said: “I didn’t see that [Laver taking a photo] through my thick tears, that he was taking a picture of me crying!”

“I got to the finals very quickly, the semis was cut short. I had a lot of emotions left in me … I hoped over time in the speech I would start to relax a little bit, but I couldn’t. I wish it wasn’t so sometimes.

“At the same time I’m happy I can show emotions and share it with the people. If I got emotional, it’s because it was a full crowd again.

“No people in the stadium wouldn’t make me emotional, I’ll tell you that. This is for them,” he added, reflecting further on what the Seven Network’s Jim Courier described as “a beautiful moment”.

The champion later added: “Getting to 20 is obviously very, very special … I’ve won three slams now in 12 months. I can’t believe it myself.”

At 36, Federer is the oldest grand slam winner in the Open era and he is also a six-time champion in Melbourne – no player has won the event more.

He was arguably advantaged by a decision from organisers to shut the roof on Rod Laver Arena due to Sunday’s extreme heat.

According to many, including Aussie legend Pat Cash and retired Brit Greg Rusedski, this favoured Federer, while air-conditioning was also turned on inside the venue with temperatures still at 37.6C at 7pm.

With the roof closed, it was way, way cooler than I expected … [I was] preparing [for] a hot day, 38 degrees … that was very, very difficult.”

The Croatian added that he was “obviously disappointed” with the result, but that he was “really pleased” with his efforts over the past fortnight.

He wasn’t happy with his start, though, as Federer raced to a 3-0 lead within nine minutes in imperious fashion, eventually winning the opener in just 24 minutes.

Cilic, who looked nervous and overawed, finally got going in the second set, with a nine-minute hold in the third game lifting his confidence and the standard of the match.

He eventually levelled it at one set apiece in a tiebreak Federer later said he “froze” in, but the match turned on its head in the sixth game of the third set.

That was the moment Federer, trailing 2-3 in the third set, flexed his muscle, winning five of the next six games to not only win that, but take a 2-0 lead in the fourth, too.

Federer had clearly gone to another level and the onus was on Cilic to respond. How he did.

Cilic didn’t just break Federer to get things back on serve, he did it to love, the highlight of a fourth set that saw him win five consecutive games.

If there was an indication how close this see-sawing contest was, the fans provided it.

While they were in Federer’s corner throughout, they roared in approval at every point the veteran won in the early stages of the fifth set.

A tough hold in the first game of the fifth, where Federer saved two break points, proved crucial, and it was followed by a break that gave the eventual champion the momentum he desperately needed.

He capitalised, leading 3-0 and 4-1 before Cilic faltered again, meaning that all that was between Federer and number 20 was a hold of serve.

And of course, the greatest of all time delivered. He nearly always does.