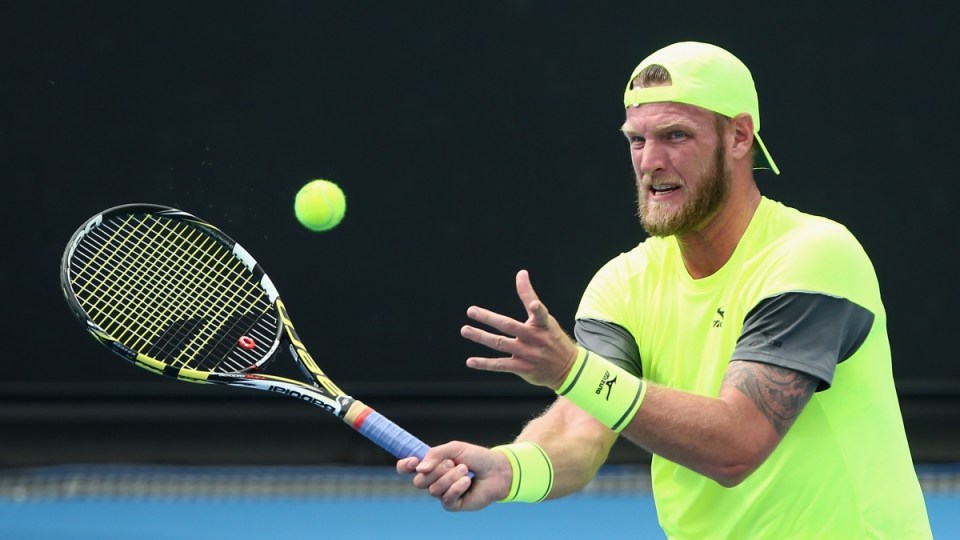 My final Australian Open is about to begin and I can’t wait to get going.

Unfortunately my singles career at Melbourne Park is over after a tough loss in qualifying but I’m still very excited to play in both the men’s doubles, with Lleyton Hewitt, and with Samantha Stosur in the mixed doubles.

I’m going to make the most of the next fortnight because this is it for me.

The 40-week grind on the tennis tour every year has worn me down. I want to spend more time at home with my fiancé Britt in our new house.

Basically, I’m no longer prepared to do all the one-percenters you need to do to be a success and because of that, I have decided to call it quits at the end of this month.

I have delayed my retirement to take in the Australian Open because I love the event so much. I want to experience it for one last time.

I’ve been doing a lot of thinking over the past few months and have come to the realisation that the thing I will miss most from tennis is the support you get playing at a home grand slam.

To have your name announced and then walk out in front of 10,000 or 15,000 fans, to have those same supporters cheer for you and clap when you do well … it gives me goosebumps just thinking about it.

You certainly don’t get that in everyday life.

To have a grand slam in your home country is a huge benefit.

Crowds are always cheering for you, and that can get you over the line in a close match, but the biggest plus is the familiarity.

As Australian players, we practice in these conditions and we know Melbourne Park like the back of our hand.

We are comfortable – and that isn’t always the case at some of the dauntingly big tournaments overseas.

Sure, there’s extra pressure on us to do well in Australia.

And early in my career, I definitely felt that. But as I’ve become more experienced, I’ve learned how to deal with that. Now, I embrace it.

One thing that is limited in a home grand slam is your time.

Between playing, training, press commitments and commercial engagements, plus three meals a day and sleeping, we are kept very busy.

The people close to me know and respect that I can’t catch up with 50 mates over the course of a tournament.

The ticket requests are endless, too, often from people who come out of the woodwork every January.

I’ve even been asked to get spare accreditation passes in the past, so people can get access into areas they otherwise can’t!

It is hard because so many people want to be part of it. And I love the fact they are interested.

But I try and treat the tournaments in Australia like any other.

I keep my players box familiar, with my coach, trainer, agent, fiancé and occasionally Hewitt, and my family and friends sit elsewhere in the stadium.

I’m feeling pretty good about my tennis and I’ve played a lot of big matches with Hewitt, at grand slams and the Davis Cup, so we are prepared.

And Sam and I made the semi-finals last year and lost in a super tie-break.

I am lucky to have two great partners to play with.

As for the Aussie hopes in the singles, I think Nick Kyrgios is now ready to step up at grand slam level.

I am very excited to see how he goes over the next fortnight. How he handles the pressure will be key.

That level of expectation is not on Stosur this year and hopefully that will help her make a bit of a run.

I’m really hopeful we will get an Aussie in the second week of the singles.

Ash Barty and Daria Gavrilova are big chances, too, and it’d be great for tennis in this country. Fingers crossed.

Sam Groth won the Newcombe Medal, awarded to Australia’s best tennis player for the year, in 2015. He will write for The New Daily throughout this year’s Australian Open.

Australian Open 2018: The pros and cons of playing a home grand slam