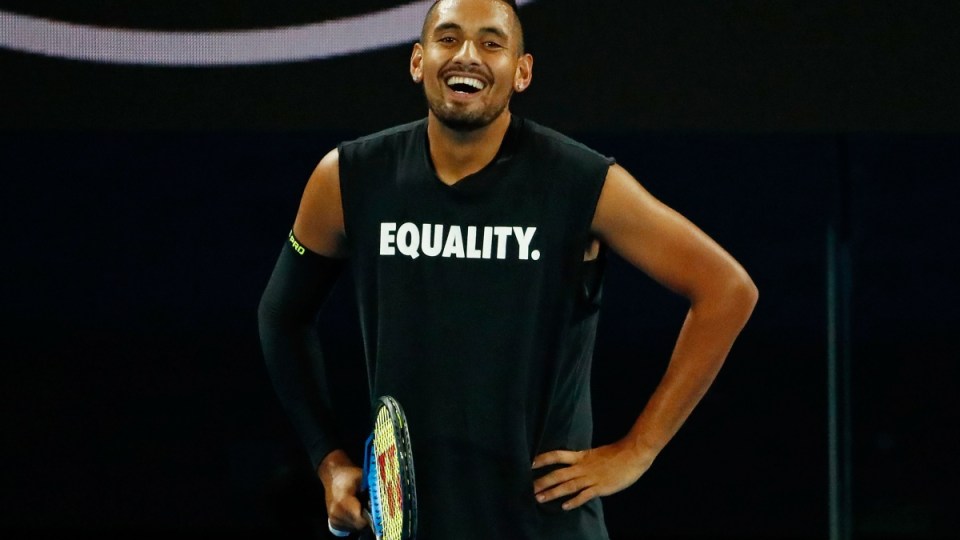 Nick Kyrgios was in a relaxed mood as he warmed up for the Open. Photo: Getty

Nick Kyrgios has made major strides off-court in the past 12 months and can now contend for grand slam titles, according to former world No.4 Jelena Dokic.

The 21-year-old enters the Australian Open in good form after winning the Brisbane International – his first ATP World Tour title on home soil.

Kyrgios beat world No.3 Grigor Dimitrov on his way to the title and Dokic is convinced the Canberran is on the right track after a difficult 2017 in which he won just two grand slam singles matches.

“I think he has improved a lot mentally in the last year,” Dokic told The New Daily.

“He is only 21 and has had a lot of injuries but his win in Brisbane was really big for his career.

“He has huge weapons, like his serve, and I believe he has the potential to not only win grand slams, but get to No.1 in the world.

“People forget that Nick is only 21 because he has been around for quite a few years. I’m a big fan of his.”

Like Kyrgios, Dokic also made a name for herself in tennis during her teenage years, and she feels strongly about the expectation that may be placed on rising star Alex De Minaur over the next year.

The fresh-faced De Minaur, just 18, reached the final of the Sydney International last week, only days after toppling world No.4 Milos Raonic in Brisbane.

But in Tomas Berdych, De Minaur faces a very difficult opponent in the first round in Melbourne.

“I love watching Alex play, particularly the way he competes and fights on court,” Dokic said.

“He has a bright future but he shouldn’t have so much pressure … he is still only 18. He is still so young.”

One man who won’t be involved in the men’s singles this year is Bernard Tomic, who failed in Sunday’s last round of qualifying before telling media he would “count my millions”.

Dokic said that Tomic was currently “a bit of a worry” as he “could not motivate himself”.

Australia will also be strongly represented in the women’s singles, with Ash Barty, Daria Gavrilova and Samantha Stosur leading the charge.

Dokic said Barty’s response in Sydney, where she reached the final after a poor showing in Brisbane, was very encouraging.

“That’s the sign of a top player. She has a big serve and a big forehand and she looked so good in Sydney,” she said.

The 34-year-old Dokic is touring the country with her groundbreaking book Unbreakable, which is a harrowing and heartbreaking account of the physical and emotional abuse she suffered from her controversial father, Damir.

Dokic, who also reflects on her life in tennis in the book, said her story “needed to be told”.

“I felt like I was always misunderstood and that it was time people knew the real me,” she said.

“It was difficult to relive all those experiences … I suffered from depression for almost 10 years and I almost committed suicide.

“But it was also very cathartic. The day it was published I felt so free, like a huge weight had been lifted off my shoulders. It was so good.”

The book has received rave reviews and Dokic said she has been “blown away by the impact”. 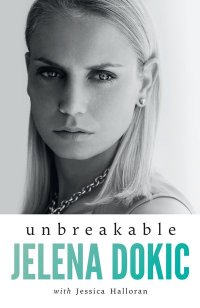 “I’ve met abuse survivors, some who still are being abused, and for them to say I have inspired them and given them strength … that’s surreal,” she said.

“They have inspired me, too, to start my own foundation, which will focus on domestic violence, abuse victims and will involve some form of sport as well.”

Dokic said that abuse within sport and society was there, “whether you want to admit it or not”, and that she hopes more discussion on the issue can help break barriers on a “very touchy subject”.

Unbreakable, published by Penguin Books Australia, is on sale now.