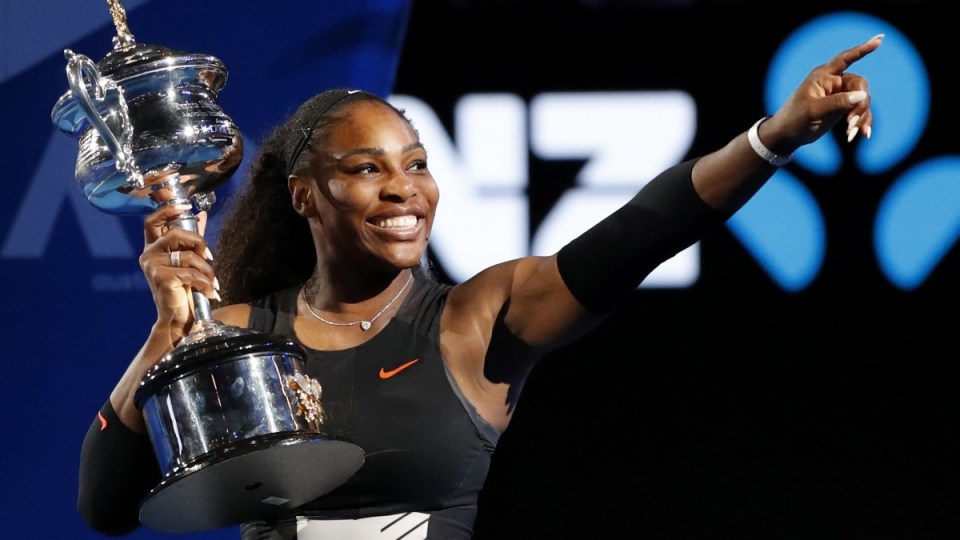 Men's world No.1 Andy Murray is also out and Rafael Nadal and Novak Djokovic remain under fitness clouds. Photo: AAP

Seven-time champion Serena Williams has withdrawn from the Australian Open.

The 23-time major winner and women’s titleholder gave birth to her first child last September and says she’s not yet ready for a comeback.

Williams made her decision after losing an exhibition match last week in Abu Dhabi to French Open champion Jelena Ostapenko.

“After competing in Abu Dhabi, I realised that although I am super close, I’m not where I personally want to be,” Williams said on Friday.

“My coach and team always said ‘only go to tournaments when you are prepared to go all the way’.

“I can compete – but I don’t want to just compete. I want to do far better than that and to do so, I will need a little more time.

The American superstar’s scratching comes less than 24 hours after fellow former world No.1 Andy Murray withdrew from the men’s event with a chronic hip injury.

Williams last year beat older sister Venus in the final before revealing she played the tournament despite being more than two months pregnant.

Williams’ absence, while disappointing for fans and officials, raises the prospect of another first-time grand slam winner making their mark in Melbourne.

Latvian trailblazer Ostapenko in Paris and American Sloane Stephens at the US Open both won their first majors last year while Williams was sidelined.

Five different players also shared the top ranking in 2017 after Williams was dethroned during her hiatus.

Serena Williams out of Australian Open