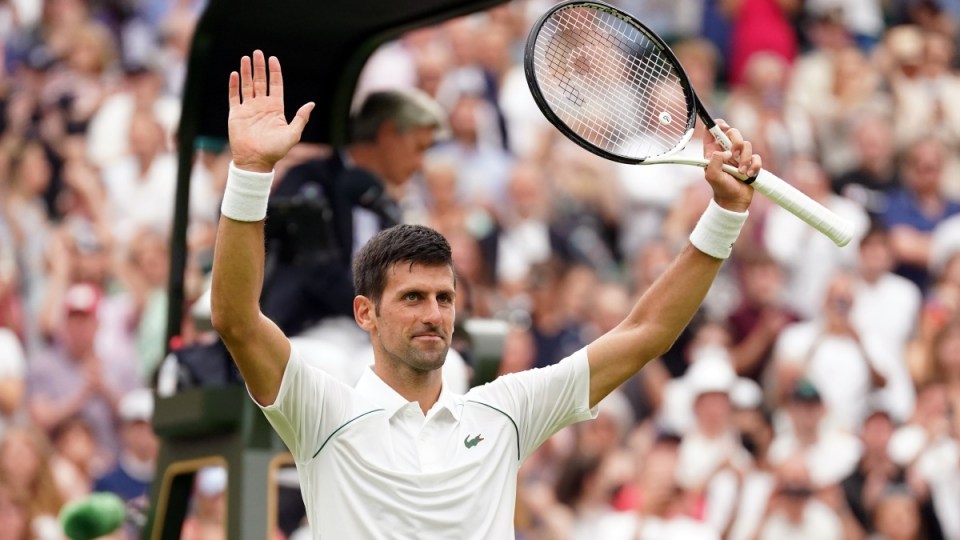 Five long years since his last appearance at the All England Club, Kokkinakis continued his 2022 renaissance with a watershed 7-6 (7-5) 6-2 7-5 victory over Poland’s Kamil Majchrzak on Monday.

“I’m super happy with how the result panned out. A lot of doubt coming into the tournament. Wasn’t sure how I’d pull up, how I’d play, if I would even play,” Kokkinakis said, having hurt his left knee in an on-court tumble at Surbiton three weeks ago.

The South Australian’s rich reward is a show-court showdown on Wednesday with Djokovic, the 20-times grand slam champion chasing a seventh Wimbledon crown – and fourth straight.

“Definitely was in the back of my mind playing that match. I obviously saw the draw.

“I’m not one of those people that doesn’t look ahead. I knew I had a tough match obviously first, but definitely knew what was at stake.”

Djokovic opened his title bid with a scratchy 6-3 3-6 6-3 6-4 victory over Korean Soonwoo Kwon under a closed roof on centre court.

The Serbian superstar’s only previous clash with Kokkinakis also came at a grand slam when Djokovic edged the Australian 6-4 6-4 6-4 in a centre-court duel in Paris seven years ago.

“I was real young,” Kokkinakis said.

“It’s a completely different surface playing him. It’s a surface that I haven’t been too comfortable with in the past but I felt pretty great out there today.

“It’s obviously going to be a really tough challenge. He’s won the last how many years here. Yeah, I’m probably not the favourite, let’s put it that way.

“It’s going to be good fun out there and I’m going to swing free hopefully and play my game.

“He’s a brick wall, so you kind of got to beat him. He’s not going to beat himself.”

Kokkinakis, who also landed his maiden ATP title in January in Adelaide, was the only Australian winner on a rain-marred day one of the championships.

Maddison Inglis couldn’t extend her run from qualifying either, going down 5-7 6-3 6-4 to Hungarian Dalma Galfi.

Astra Sharma will resume her tussle with Germany’s Tatjana Maria on Tuesday after the match was suspended under fading light at one set apiece, with the Australian to serve at 6-4 3-6.