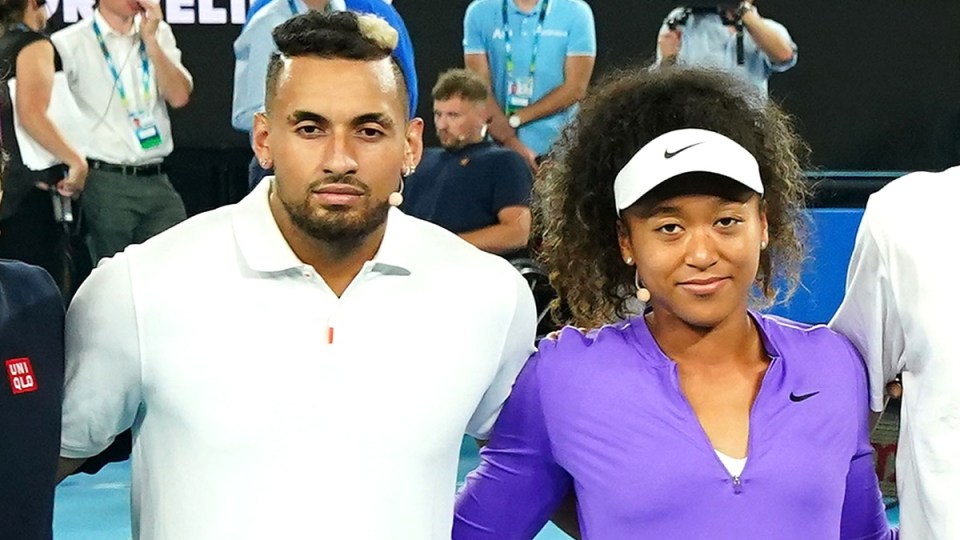 “Kyrgios embodies the types of athletes we want to work with at Evolve,” Osaka told sports business website Boardroom.

“He’s got an unmatched style, passion, and personality that is unlike any other in the sport. We have some big things in the pipeline for him that are very unique and pioneering.”

Duguid called the fiery and controversial Kyrgios the most talented and entertaining tennis player on the tour.

The world No.45 is one of the biggest draws in the sport thanks to the unpredictable nature of his matches. While the hugely talented Australian often bamboozles opponents with an array of incredible trick shots, his on-court histrionics and run-ins with umpires have often dominated the headlines.

“Love or hate him, you definitely can’t keep your eyes off him. If you go to any junior tennis tournament, you will see Nick’s influence,” he said.

“For Gen Z and younger, he is absolutely the icon.”

Kyrgios said he was excited to work with Osaka and Duguid.

“When I learned that Stuart and Naomi were starting an agency focused on supporting athletes like me, it made complete sense to join,” he said.

“I have consistently tried to do things differently throughout my career and bring my entire personality to the game of tennis.

“I’m excited to work with Stuart and Naomi to continue building on what we’ve started and push the game of tennis forward.”

The big-serving 27-year-old, won the Australian Open doubles title with fellow Australian Thanasi Kokkinakis in January. The “Special Ks”, as the pair have been dubbed, now have their sights on Wimbledon.

Kyrgios, who has has won six singles titles on the ATP tour, is also eyeing the singles competition at Wimbledon.

He heads there with his best world ranking in two years, climbing 20 points to No.45 this week. In 2021, he made it to the tournament’s third round.