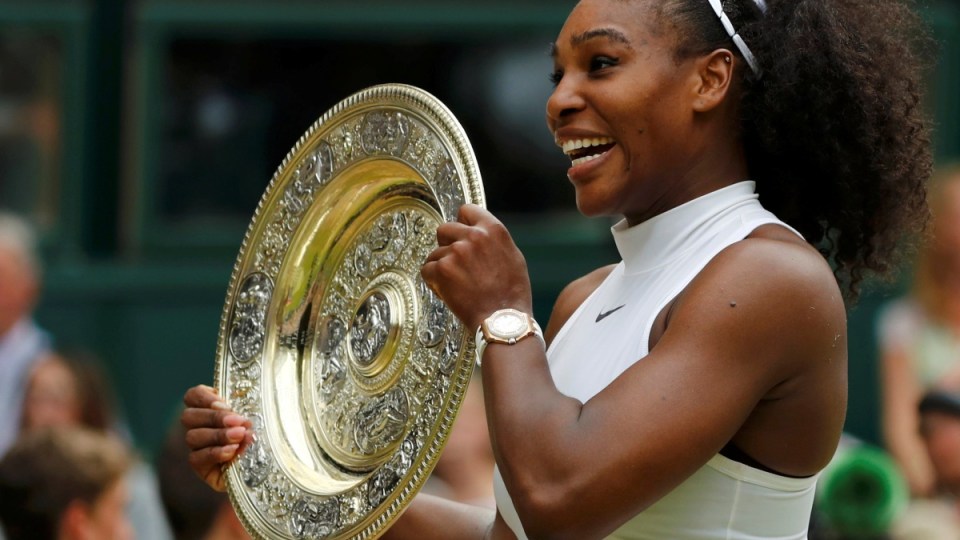 Seven-times Wimbledon champion Serena Williams has posted on social media that she will return this month. Photo: Reuters

Serena Williams will play at Wimbledon, ending fears that the 40-year-old was going to retire.

The 23-time grand slam singles champion made a tearful exit in the first round 12 months ago after withdrawing during the first set due to a leg injury.

She had not applied to play using her protected ranking so was not on the initial players’ list.

“SW” are her initials, of course, and “SW19” is the UK postal code for Wimbledon.

Wimbledon responded by granting the American great a wild-card entry for singles, bringing forward by 24 hours their planned release date.

It was then revealed Williams would make her comeback at the Eastbourne event, playing doubles with Tunisia’s Ons Jabeur, to gain some grasscourt practice.

“I am excited to return to the Rothesay International Eastbourne in England and to be back on the grass – a surface that has been so good to me throughout my career,” said Williams.

“Eastbourne has a unique charm that you don’t see anywhere else on tour and I’m looking forward to playing in front of the fans again.”

Few seeds will want to be paired with her in the early rounds at Wimbledon.

Five British players were also given wildcards with two other places to be announced.

Seven of the eight men’s wild-card berths were also confirmed, including one for three-time major champion Stan Wawrinka.