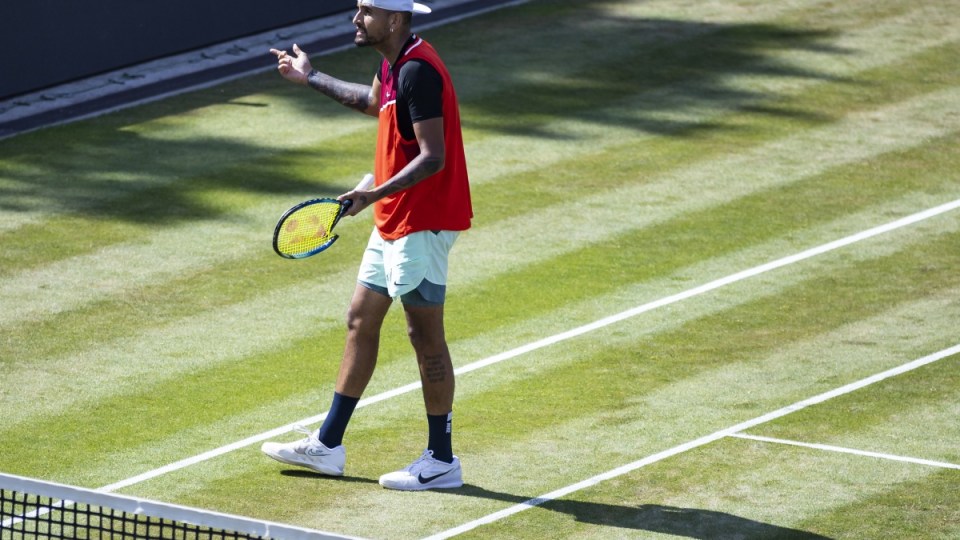 Nick Kyrgios argues with the umpire during his loss to Andy Murray. Photo: AP

Stuttgart Open tournament organisers are investigating Nick Kyrgios’s claims that he was racially abused during his semi-final loss to Andy Murray on Saturday.

Kyrgios and Murray were involved in an entertaining match where a tiebreak decided the opening set, after which the Australian lost his cool and received a points and game penalty as well as becoming involved in an argument with the chair umpire.

Kyrgios, who refused to play during the second set until the supervisor stepped in, lost 7-6 (7-5) 6-2. He later revealed on Instagram that he had retaliated after hearing a racial slur.

“We stand for creating an inclusive environment for all players, staff members and visitors where discrimination of any kind is not tolerated. This attitude is lived by all people involved and responsible,” tournament organisers said in a statement on Sunday.

‘Any kind of discrimination is unacceptable’

“These fundamental values are as important as values like fairness, tolerance and team spirit to us. Thus no discriminating actions by the spectators are accepted.

“We have expressed our regret towards Nick Kyrgios and his team and assured that any kind of discrimination is unacceptable. The incident is currently under investigation.”

Murray plays Italy’s Matteo Berrettini in the final later on Sunday as the Briton seeks his first ATP Tour title since winning at Antwerp in 2019.

After the match, Kyrgios said he had retaliated after hearing a racial slur.

“When is this going to stop? Dealing with racial slurs from the crowd?” he wrote on Instagram.

“I understand that my behaviour isn’t the best all the time – but ‘you little black sheep’, ‘shut up and play’ – little comments like this are not acceptable.

“When I retaliate to the crowd, I get penalised. This is messed up.”

Britain’s two-time Wimbledon champion Murray was left admitting the match “wasn’t fun in the end” as he reflected on the latest controversy involving Kyrgios, a friend he still believes has the talent to be one of the world’s best players.

The match reflected a couple of others in the US earlier this year when Kyrgios received a total of $US60,000 in fines for his behaviour at Indian Wells and the Miami Open.

Netflix will soon have ads, but it might not be what you think
Federer ‘definitely’ planning on return to court
Today's Stories