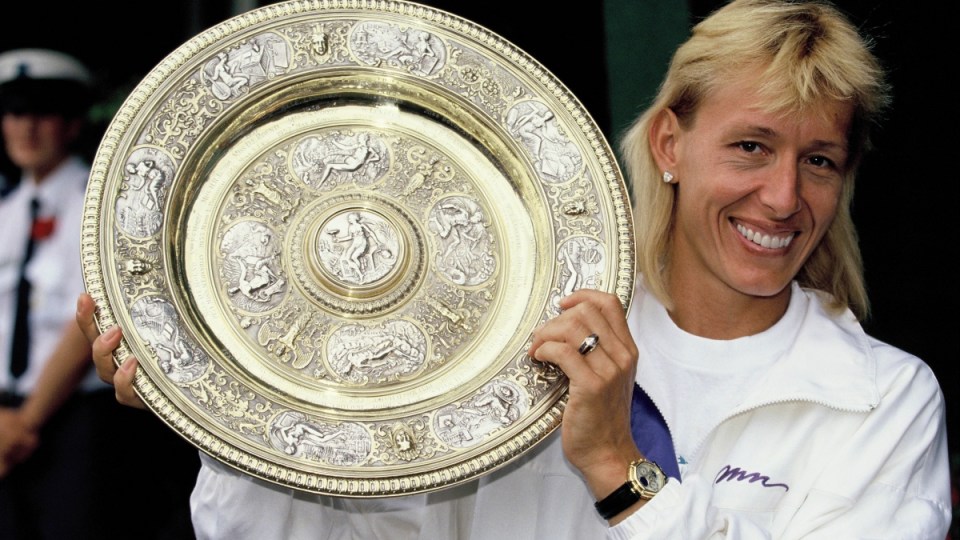 Nine-time Wimbledon champion Martina Navratilova has hit out at players hinting they may skip this year’s tournament after it was stripped of ranking points.

The WTA and ATP confirmed last Friday they would not offer any points for the All-England Club tournament, after organisers decided to ban Russian and Belarusian players from competing because of the war in Ukraine.

Former world No.1 Naomi Osaka hinted on Monday she may skip the third grand slam of the season while Britain’s Cameron Norrie – the home country’s highest-ranked player – said the All-England Club’s tournament had been reduced to “almost an exhibition”.

“Wimbledon is still such a special event. But I think you’ll see a lot of top players not playing, just resting and getting ready for the hard-court events. Especially those that don’t worry too much about the money,” Norrie said on Wednesday.

But Navratilova said Wimbledon was about more than rankings points.

“First of all I couldn’t care less if there were no points given,” she told TalkTV on Wednesday.

“I always played for the trophies, not the points and not the money. So for me it was Wimbledon and nothing else, everything else came in second.

“So the points, it’s not an exhibition. I don’t understand that view, that players wouldn’t play because there are no points. You are playing for computer ranking? I just wanted to hold that trophy, that wonderful rose dish.”

But last week’s decision by tennis’ ruling bodies to strip points has massive implications for some of the sport’s biggest names. It means Russian Daniil Medvedev is set to become world No.1 again because Novak Djokovic is likely to lose 2000 points that he would otherwise be defending as the 2021 defending champion.

Djokovic has already blasted the ban on Russian and Belarusian players as a “lose-lose situation”, although he backs the ATP on its points ruling.

“Of course on a personal, individual level, I have been very negatively affected by that,” he said.

“I think collectively I’m glad that players got together with ATP, the governing body of the men’s tennis, and showed to the grand slam that … when there is a mistake happening, and there was from the Wimbledon side, then we have to show that there is going to be some consequences.”

Medvedev, for his part, said he found the ATP’s decision logical – and he would be at Wimbledon when the tournament begins on June 27.

“But if I cannot, I mean, [I’m] just going to prepare for next tournaments, and, you know, just follow what’s happening there. There are no points, I become No. 1, well, great for me.

“If there are points, I cannot become No. 1, I’m going to be gutted. It is what it is. I cannot change some decisions, both about ATP and Wimbledon.”

Karolina Pliskova, who was beaten in the 2021 final by Australia’s Ash Barty, also said it was a bad decision – but not bad enough for her to withdraw.

“But that doesn’t change … that I think it’s completely wrong, the decision … I mean, they punished Wimbledon maybe. But I think most of the players, if you love the game you’re still going to go and play.”

Navratilova said the decision meant there was no winning for some players, even those who had been clear about their opposition to Russia’s invasion of Ukraine.

“You have a player like [Andrey] Rublev — he has written on the camera ‘no to war’ and he can’t play, so it’s just there is no winning,” she said.