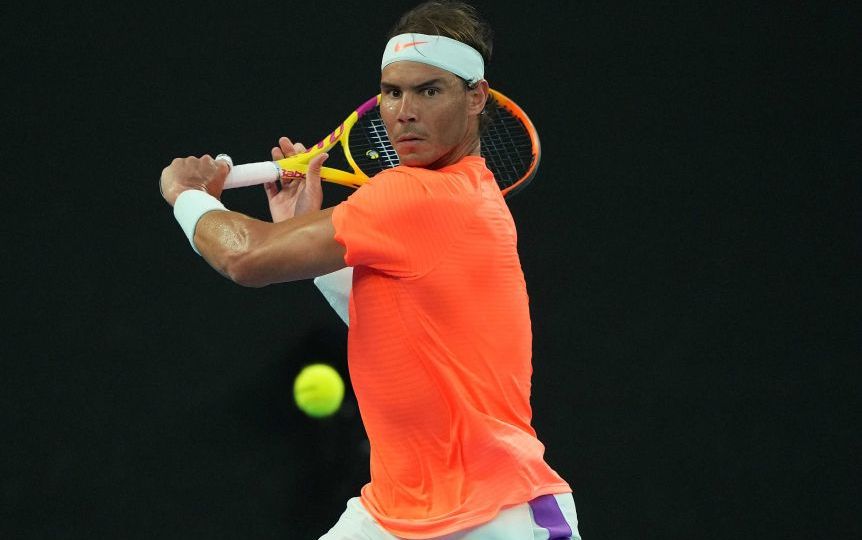 Tennis players lashing out at umpires is hurting the sport and stiffer penalties need to be imposed to discourage it from happening, says Rafa Nadal.

Nadal’s comments come after Alexander Zverev received a one-year probation, but no immediate suspension, following an outburst in Acapulco last month where he smashed his racket against the umpire’s chair and verbally abused him.

Given the intensity of Zverev’s tantrum and the proximity to the chair umpire’s ankles, many were surprised the 24-year-old German was allowed to compete at the Indian Wells tournament.

“I have a good relationship with Sascha, I like him, I practise with him very often, so I wish him all the very best. And he knows that he was wrong and he recognised that very early and that’s a positive thing,” Nadal said.

“On the other hand, if we are not able to control this type of attitude on court, not just this one instance in particular, there has been other stuff going on in the last couple months.

“If we are not able to penalise these types of attitudes in a little stronger way, then we as players will feel stronger and stronger all the time.

“In this sport, we have to be a positive example, especially for the kids.”

Nadal was relaxed and upbeat as he fielded questions at the picturesque Indian Wells Tennis Garden in the Southern California desert.

The Spaniard won a men’s record 21st grand slam title at the Australian Open in January and has not lost in 15 matches this season after missing time last year with a foot injury.

Even he has been surprised by the amount of success he has had.

“As everyone knows this is one of my favourite tournaments,” said Nadal, who has been staying at tournament owner and billionaire Larry Ellison’s private resort, Porcupine Creek Golf Club.

“I have been practising, playing some golf, enjoying the good weather here and trying to be ready for the tournament.

“I have been trying to be calm, but I am increasing the practice.”

Nadal’s quest for a fourth title at the Masters 1000 event begins on Saturday.