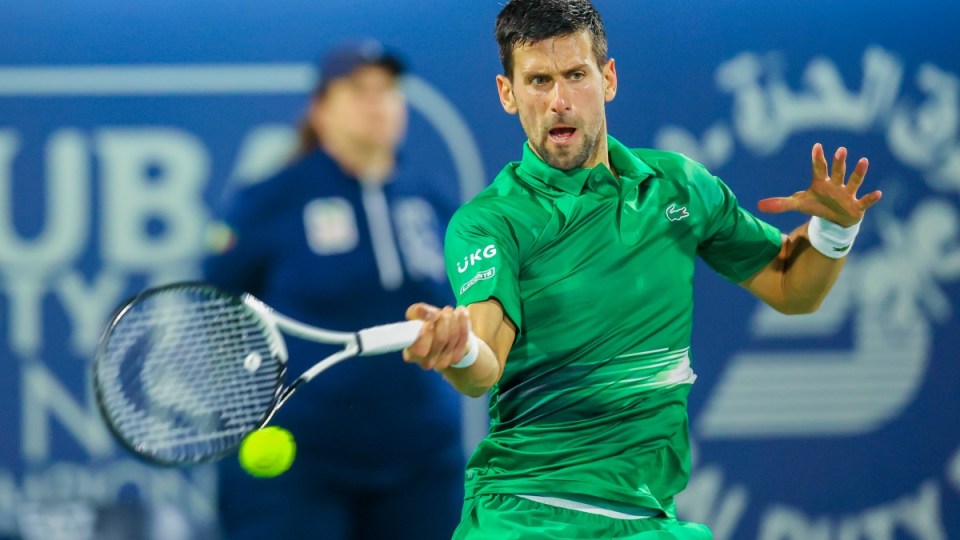 Novak Djokovic will not play in the ATP Masters 1000 events in Indian Wells or Miami as coronavirus rules prevent him from entering the US.

The Serbian world No.2 has withdrawn from the two prestigious events after the CDC (Centres for Disease Control and Prevention) confirmed that he needed to be vaccinated to enter the country.

The 20-time major winner revealed last month that he had not received any coronavirus vaccination, insisting he would forego big tournaments “because the principles of decision-making on my body are more important than any title or anything else”.

He remains true to his word, missing out on two of the biggest tournaments in the ATP Tour calendar.

“While I was automatically listed in the @bnpparibasopen and @miamiopen draw, I knew, given the entry requirements to the US, it would be unlikely I’d be able to travel there,” Djokovic said on his social media on Thursday morning (Australian time).

“But as international COVID regulations are always being amended, I wanted to wait and see if anything would change.

“The CDC confirmed today that I regulations are not changing which means I will not be playing in the US.

“I know my fans are looking forward to seeing me play again and I hope to be back playing for them on the tour soon.

“Good luck to everyone who is playing in the US in these great tournaments.”

Play began at Indian Wells this week, and Djokovic remained in the draw as late as Tuesday (local time). Tournament organisers had indicated they were in touch with his team – and that he would need CDC approval to enter the US.

The Serb, who played his first and only tournament of the year a fortnight ago in Dubai, was overtaken at the top of the rankings by Daniil Medvedev last week and is the only man in the top 100 who remains unvaccinated.

He was deported from Australia in January after the federal government cancelled his visa over his vaccine status. His Spanish rival, Rafael Nadal, went on to win the first major of the year and set the men’s record of 21 grand slam titles.

The 34-year-old Djokovic is likely to remain in Europe and prepare for the clay-court swing, which gets under way next month.

The Stats Guy: The mateship has sailed as Australian values shift
Indian Wells mystery with Djokovic in draw
Today's Stories

No US tournament for unvaxxed Djokovic